Another Festival Season with guidelines 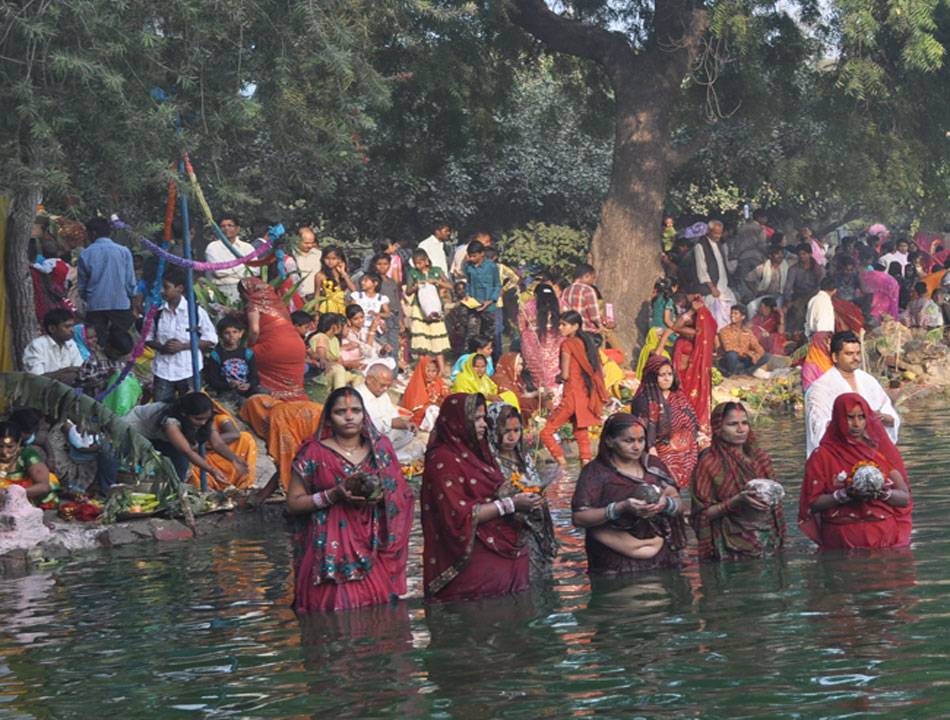 As the festival commences in India, at the beginning of October, the real question is whether the country will be able to celebrate its much-adored celebrations with all the glam, or will government restrictions be again the norm this year as Covid-19 continues to be a concern.

Many states have also issued their state-specific guidelines to limit the spread in the festival season,

The Maharashtra Government has issued Navratri 2021 guidelines, which is to be followed in all celebrations within the state. Garba, dandiya, and other cultural programmes that demand mass involvement have been outlawed throughout the Navratri 2021 season, according to state government rules. In addition, the state has said that no more than five persons should be permitted within the pandal at any given time. The guidelines further say that the  Durga idol permitted in community festivities must be no more than 4 feet tall, while the idols allowed in family celebrations must be no more than 2 feet tall. In addition, there is a restriction on procession during arrival and immersion of the idol. To avoid congestion inside the pandals, the administration has also advised that community pujas organise for internet darshans. Inside the community pandals, food and beverages are also absolutely banned at this time.

The Delhi government has banned the celebration of Chatt puja. However, the state did say that Ramlila and Durga Puja can be celebrated in the district which has a positivity rate of less than 5%, however only with prior permission from the District Magistrate. In addition, for each occasion, such as Ramleela and Durga Puja pandal, the district magistrate and DCP will select a nodal person who would guarantee strict adherence to the government's directives.

In closed spaces, the event can be run with 50 per cent capacity and not more than 200 people are allowed. However, no fairs, food stalls, hammocks, rallies, processions are allowed in the festival season.

The UP government has also released guidelines for the celebration of Shardiya Navratri, Vijayadashami, Dussehra, and Chehallu, which are widely celebrated across the state during this time. The state government in the guideline has asked people to maintain law and order and communal harmony during the time of the festivals. Additionally, the guidelines also say that the idols should be placed in a traditional but vacant location, their size should be maintained as little as possible, and no more people than the ground's capacity should be present. Lastly, Small cars should be utilised as often as possible for idol immersion, and the programme should involve the smallest possible number of individuals.

Authorities in the state would allow up to 400 individuals to attend Garba celebrations if they are properly vaccinated against the coronavirus. Although hotels and restaurants in the state cannot still function in full capacity, the government has announced relaxations. Hotels and restaurants are now allowed to operate at 75 per cent capacity compared to the limit of 60 per cent. In eight cities across the state, namely Ahmedabad, Rajkot, Bhavnagar, Junagadh, Jamnagar, Gandhinagar, Surat, and Vadodara, the night curfew has been extended by one hour, from 11 p.m. to midnight.

The West Bengal government has also published guidelines for the popularly celebrated Durga Puja in the state. The guidelines come after the Calcutta High court issued directives to have rules and regulations similar to last year. The court on Friday last week had already announced that Pujo pandals will be treated as containment zones, and visitors will not be allowed in the pandals.  In addition to this, the government in its guidelines asked puja committees to have separate entry and exit gates, while floor markings and other signages should be made on entry and exit routes and assembly points to ensure compliance with physical distancing norms. The government declared that cultural events and fairs would not be permitted at Puja locations. The government also asked the committee to have an adequate number of volunteers to make sure the guidelines are being followed. For the immersion of the idols the government has said to strictly follow pre-appointed ghat slots.

While it does take away from the ambience of the festival season around the country, it is important not to forget the pandemic. Wearing face masks and using sanitisers, and following the guidelines might just save us from another dreaded wave. This festival season it might be best to bear the cost of the guidelines for our safety.