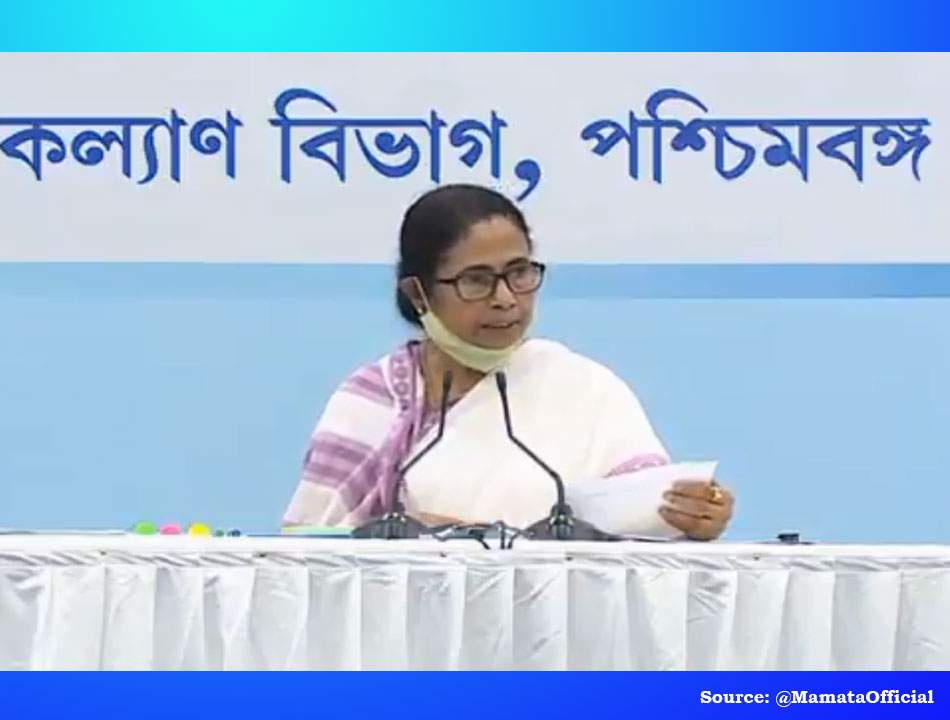 Another victory for Mamata Banerjee and the Trinamool Congress cementing their position in West Bengal politics. Mamta Banerjee won the Bhawanipur by-election by the highest-ever margin since 2011. It also represents a revival from the Nandigram loss, in the hands of BJP’s Suvendu Adhikari.

The BJP gave it their all, putting up a valiant battle against Mamata. Even though the BJP concluded, no one in the party would conceive of repeating April and making history. In Nandigram, the perception and reality were different. The party could rely on Suvendu Adhikari's grassroots connections and organisational abilities. However, BJP’s hope to upset the TMC in the by-polls failed.

Chief Minister Mamta polled 84,709 votes at the Bhabanipur constituency, while her BJP counterpart only polled 24,396 votes. The TMC led to winning the elections with a record margin of 58,832 votes. The TMC also won the other two seats having by-elections in West Bengal with Amirul Islam winning in Samserganj and Jakir Hossain winning in Jangipur.

Since 2011, Bhabanipur has been a TMC stronghold. When Mamata deposed the Left in the 2011 Assembly elections, it gained this seat. Mamata also won the by-election that followed. In 2016, she easily defeated Bhawanipur for the second time. The TMC won seven wards in Bhawanipur in the 2015 Kolkata municipal elections, while the BJP only managed to win ward number 70.

However, ward 70 BJP councillor Asim Basu eventually defected to the TMC. All of these councillors faced a difficult task in ensuring a landslide victory for the party's leader since anything less would have lost them their seats in the corporation elections. Firhad Hakim, a cabinet minister, faced a serious battle as well since he aspired to keep the coveted office of Kolkata Mayor.

A unified Trinamool ensured that the party's core voters showed up at the voting stations. As a result, ward 77 had the highest voter turnout. TMC volunteers also secured the highest voter participation from slums across the assembly seat, where residents have remained loyal to the party due to the Mamata government's various social initiatives.

In contrast, voter participation was noticeably low in three wards 63, 70, and 74 where the BJP was counting on a high number of non-Bengali votes. The BJP accused the opposition of voter intimidation and "fake voting." In a post-result press release, it said, “Violence was perpetrated upon BJP workers by TMC cadres with support of TMC ministers, who were openly intimidating common people from coming out to vote. Sadly, the Election Commission did nothing to allay the fears of voters. The polls, particularly in Bhawanipur, were marred by rampant fake voting.”

However, BJP has not lost out on everything. Rather than risk placing a heavyweight against Mamata, the BJP selected Priyanka Tibrewal, whose tenacious legal struggle in the High Court resulted in a CBI investigation into the alleged post-election violence. The BJP intended to keep the post-election violence fresh in voters' minds throughout the campaign by using Tibrewal. This was a good strategy for the party since after the embarrassing loss in the Assembly election, it is important for the BJP to re-energise the ground force before next year’s municipal elections and Panchayat elections due in 2023, which in turn would be a prelude to the 2024 general elections.

The EC which had come under fire from the incumbent TMC government, for its decision of conducting the 2021 Assembly elections in 8 phases amidst the pandemic, came under fire this time from the BJP accusing the EC of siding with Mamta.