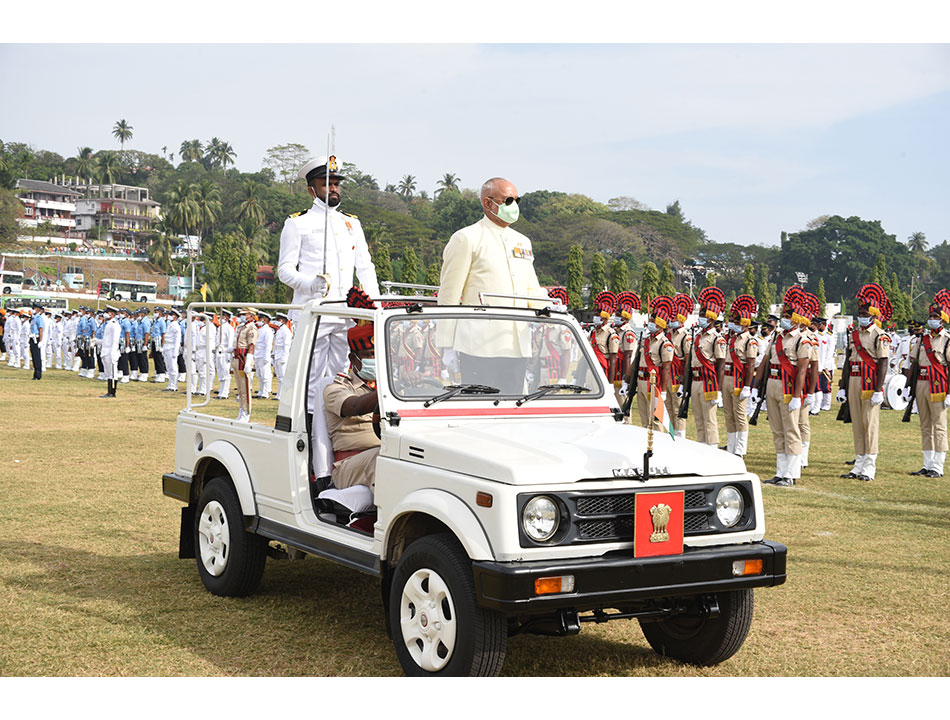 A ceremonial parade was conducted by Andaman & Nicobar Command to celebrate the 72nd Republic Day on 26 January 2021 at Netaji Stadium, Port Blair, Andaman and Nicobar Islands. Lieutenant Governor of Andaman and Nicobar Islands Admiral DK Joshi (Retd) was the Chief Guest and Reviewing Officer for the parade. The parade led by Lt Cdr R Manikandan of the Indian Navy comprised of contingents from Army, Navy, Air Force, Coast Guard and Andaman &Nicobar Police.

Each contingent was represented by of one officer, one Junior Commissioned Officer and fifteen Other Ranks. The parade witnessed the fly past by MI-17 Helicopter from Indian Air Force and Dornier Aircraft from Navy. The pride and josh of each participating contingent from the only Joint Services Command of the nation reflected the level of integration of all arms and evolution of jointsmanship culture in the Andaman Nicobar Command.

All government guidelines and Covid protocols were adhered to during the conduct of event.