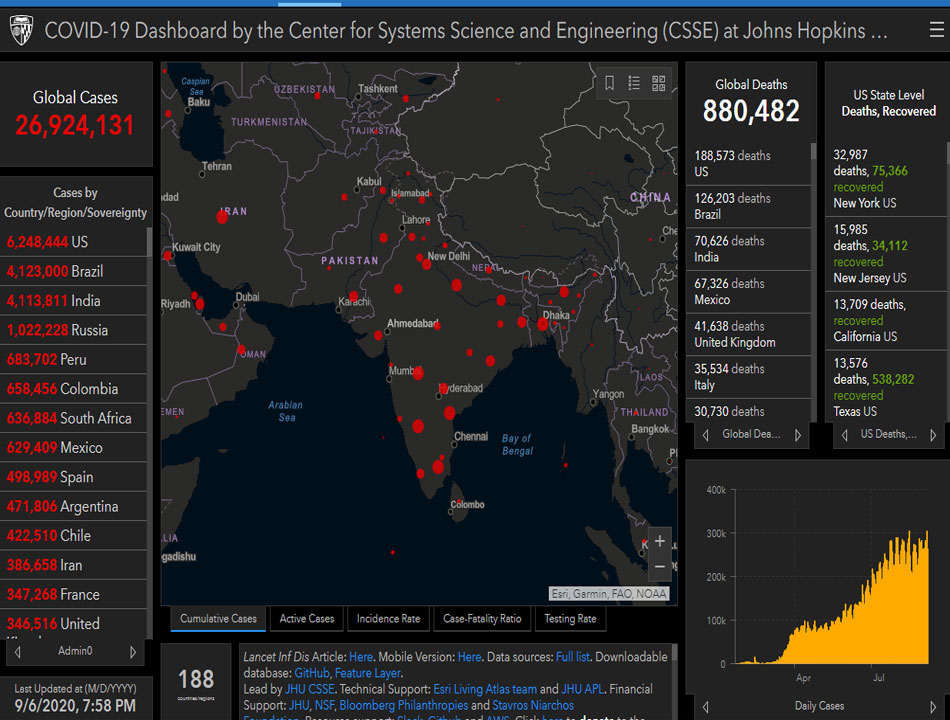 The per day cases is increasing fast in India, country recorded over 90,000 Covid-19 confirmed cases in one day first time. With 90,633 new cases in past 24 hours the total cases of Covid-19 reached to 41,13,812. According to the Union Ministry of Health and Family Welfare statement on Sunday, the total death cases also crossed 70,000 marks with 1065 deaths in past 24 hours.

With over 90,633 Coronavirus cases India crossed 41,13,812 marks, while more than 70,000 people lost their lives due to deadly Coronavirus infection in the country. India imposed countrywide lockdown in late March 2020 and now country is opening slowly, but the increasing number cases are a concern for the Union Ministry of Health and Family Welfare.

It is noted that the total confirmed cases crossed 20 lakh marks on 7 August, 30 lakh on 23 August and now it crossed 40 lakh marks. In past 15 days over 10 lakh cases were reported in the country.

According to the Indian Council of Medical Research report, the testing is increased and 10,92,654 samples were tested for the pathogen on September 5. Till now over 4.88 crore samples have been tested so far in India. Pro-active testing, isolation and social distancing are considered to be the only solution as of now. Still there is no vaccine of Coronavirus in the world; neither have any effective medicine for treatment of infected persons.

India reached to second position on the confirmed cases graph on Monday. Now India is the second most affected country by total infections. United States is on the first position where 6.4 million cases have been reported while nearly 193,000 people lost their life.

The recovery rate is very good in India; country reported more than 70,000 patients being disc arched in past 24 hours. Union Ministry of Health and Family Welfare reported discharge of 70,000 persons on Sunday.

Union Ministry of Health and Family Welfare said "The highest ever single-day recoveries of 73,642 were recorded on September 6 and currently, the recovery rate now is 77.23 per cent. This has also led to the declining Case Fatality Rate (CFR), which stands at a new low of 1.73 per cent," in a statement on Sunday.

"There has been a steep exponential rise in COVID19 recoveries- from 50,000 in May to over 30 lakh in September. The total number of recoveries have crossed 31 lakh and it stands at 31,07,223," the ministry stated.

According to the Health Ministry, India reported over 22.6 lakh recoveries so far. The total active case remains 846,395 as of today.