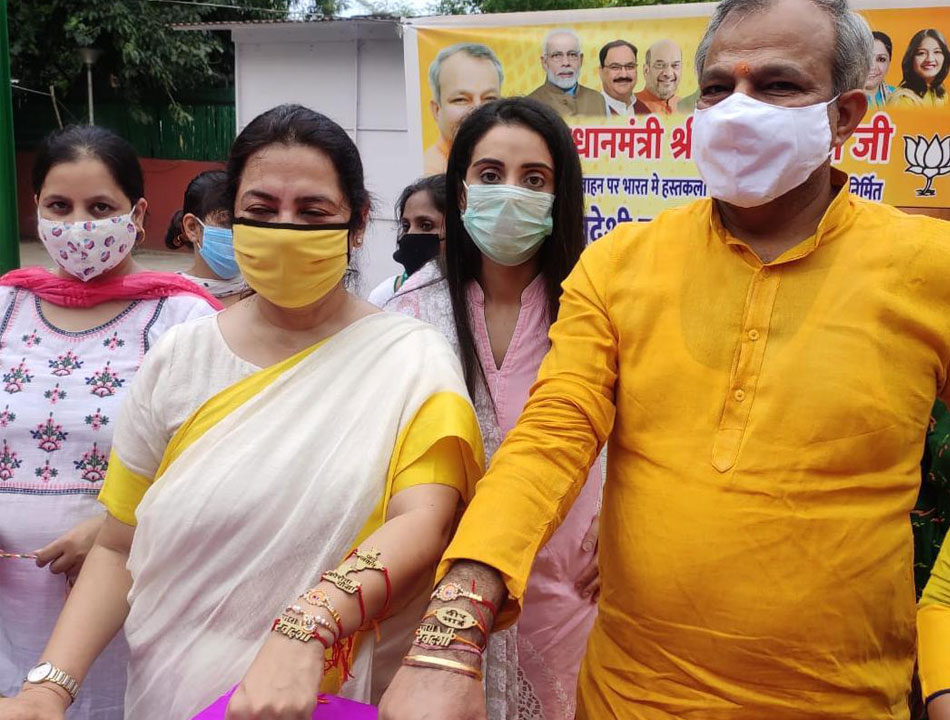 On this occasion, Shri Adesh Gupta said that this step taken by the karyakartas of Delhi BJP Mahila Morcha is very commendable. With this intiative, on this Rakshabandha sisters will use Swadeshi Rakhi instead of which is a huge achievement in itself. On the call of Hon'ble Prime Minister Shri Narendra Modi ji, the Mahila Morcha karyakartas have started a campaign to make Swadeshi Rakhi and realizing the Atamnirbhar India campaign. Through this campaign, karyakartas of Mahila Morcha will be successful in giving employment to other women of the society. The "Swadeshi Rakhi" initiative will provide employment to women and also boost their confidence.

Smt. Meenakshi Lekhi said that this step taken by Mahila Morcha karyakartas will strengthen the connection and love of brother and sister on this Rakshabandhan with Swadeshi Rakhi. Women are also helping to make the country Atamnirbhar and empowered through the "Swadeshi Rakhi" initiative.