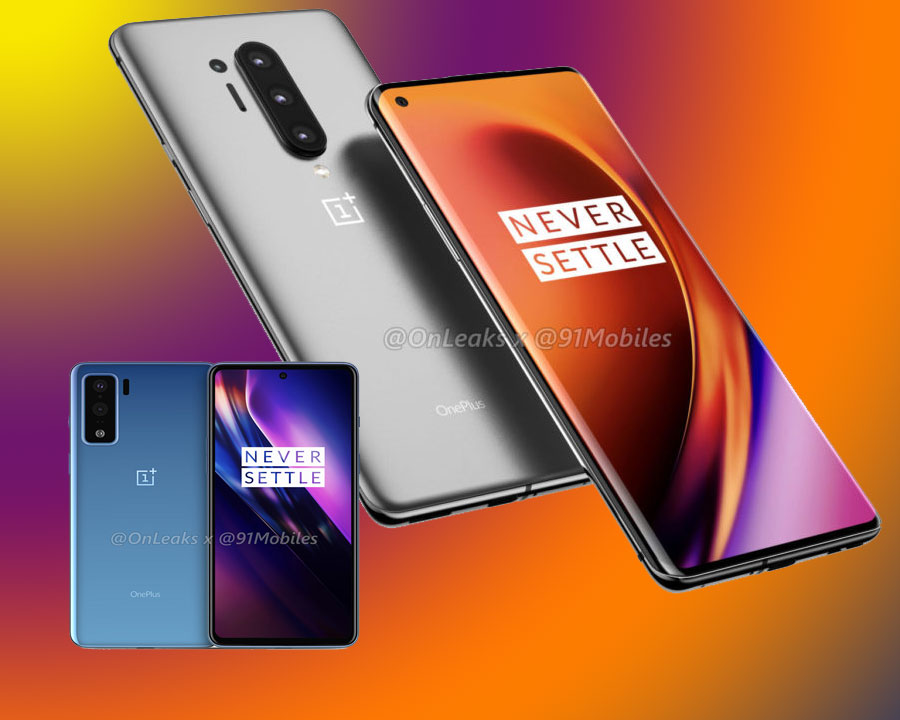 The OnePlus 8 Series Launch Date is still not announced but it is expected to be lauched in May 2020.

After the strikingly successful campaign with OnePlus 7 Pro, the next series from OnePlus has a lot of expectations to deliver. OnePlus is well known for their quality products and the company has made sure the steady growth continues even in 2020 with their new releases. From users to tech enthusiasts, everyone is trying to speculate the features and specifications of the mobile phones, but the Chinese brand has managed well to not reveal much about it.

For the OnePlus 8 series, the phones will have the punch hole over teardrop or pop-up camera notches. The pop-up camera is often  used to provide a wide viewing experience, which will not be present in these phones. The OnePlus 8 series phones have fingerprint sensor on the screen, but nothing is still clear about the face recognition feature yet.

There is a chance that OnePlus 8 Pro might have the IP68 dust and water resistance, though there is no official confirmation about the news. The OnePlus 8 Pro model may also include the wireless charging feature, but its most likely excluded from the OnePlus 8 and OnePlus 8 Lite phones.

The OnePlus 8 Lite will be powered by MediaTek Dimensity 1000 chipset, which is not very common for a OnePlus device.  This phone is likely to be available with 8 GB of RAM and 128 GB or 256 GB of internal storage. The OnePlus 8 and OnePlus 8 Pro models will be powered by the Qualcomm Snapdragon 865 processor which will ensure a faster user experience for sure.

There is not much information about the OnePlus 8 Pro model, but it will have a better camera setup than the rest two models in the series. The launch of OnePlus 8 series got delayed due to the widespread outbreak of corona virus, but it should not be any later than early May.

The OnePlus 8 Series Launch Date is expected in May 2020, but it all depends on the overall situation due to recent outbreak of Coronavirus in the world.