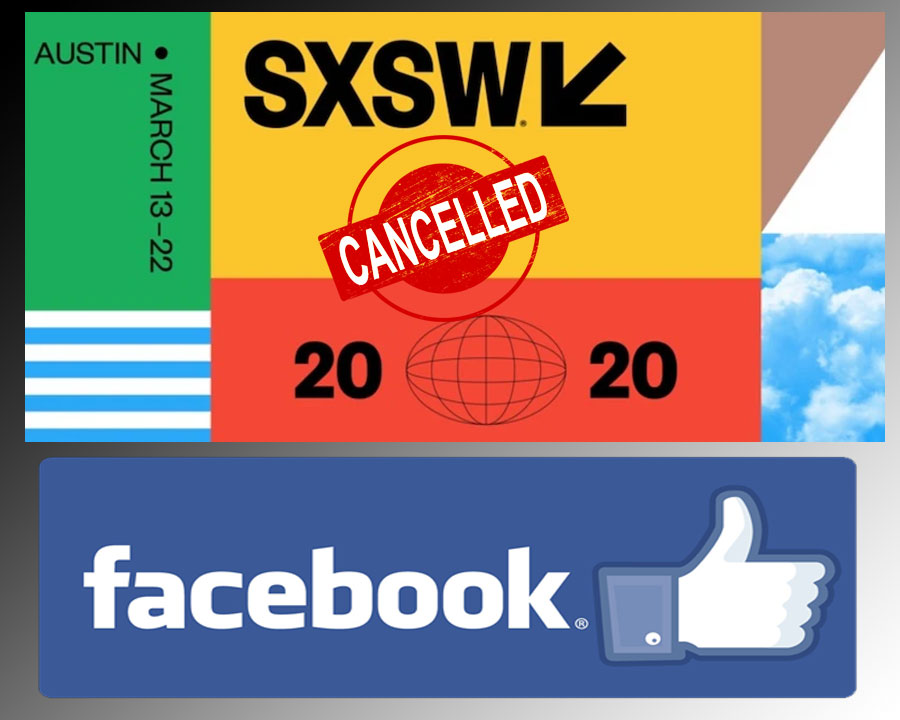 Facebook has decided not to take part in this year's SXSW conference, held in Austin, Texas. The social media giant has followed the footsteps of many other companies and their withdrawal does not seem like a surprise at all. Facebook in a company statement has revealed that due to the massive outbreak of the dangerous corona virus, the company will not take active part in SXSW this March. Due to the virus outbreak, Facebook has also decided to restrict its social visits, foreign tours and in person job interviews. They have also canceled the Global Marketing Conference and pulled out of the F8 developer conference, scheduled in May.

The threat of corona virus has disrupted the regular functioning of almost every major company. New rules and guidelines have been provided to the employees, this is to make sure that none of the workers get affected by the deadly virus and everybody in the company gets to work in a secure environment, without any fear. The World Health Organization has indicated a very high risk of global outbreak, this can cause havoc damages in terms of human life and many other resources. The virus outbreak has affected more than 1,10,000 people throughout the world and companies are trying their best to maintain regular functioning.

Along with Facebook, Apple, Twitter and Amazon Studios have also decided to pull out of SXSW. All the mentioned companies have indicated that the corona virus outbreak is the only reason behind stepping out at such a later stage. The South by Southwest, also known as SXSW is an annual collective of music festivals, film screenings, interactive media and conferences. The event takes place in Austin, Texas, United States, every year during March. Since its beginning in 1987, SXSW has grown into a platform where creative ideas prosper into innovations and it also focuses on multiple social and environmental issues.  The South by Southwest festival lasts for 10 days and huge crowds gather every year to celebrate the occasion. Safety being a major priority this year, many organizations are not attending the festival starting from 13th March. Online streaming company Netflix has confirmed that considering the current situation, they are also pulling out of the event and none of their films will be available for screening in the festival. Alongside Netflix, another production company Warner Media has decided not take part in this year's SXSW festival. Several organizers of SXSW have assured the rest of the participating companies and organizations that they have taken enough safety measure to secure the festival and the guests coming from all over the world.

Just like Facebook, other tech companies like Microsoft and Google were also forced to cancel their conferences due to corona virus. These ongoing events are affecting the operations of these companies on various levels. Facebook has decided to restrict its operations in countries that are heavily affected by the widespread of the virus. More companies are likely to follow the footstep of Facebook, as corona virus starts getting treated as a real issue.