Japan Set to launch a mission to Mars' Moons 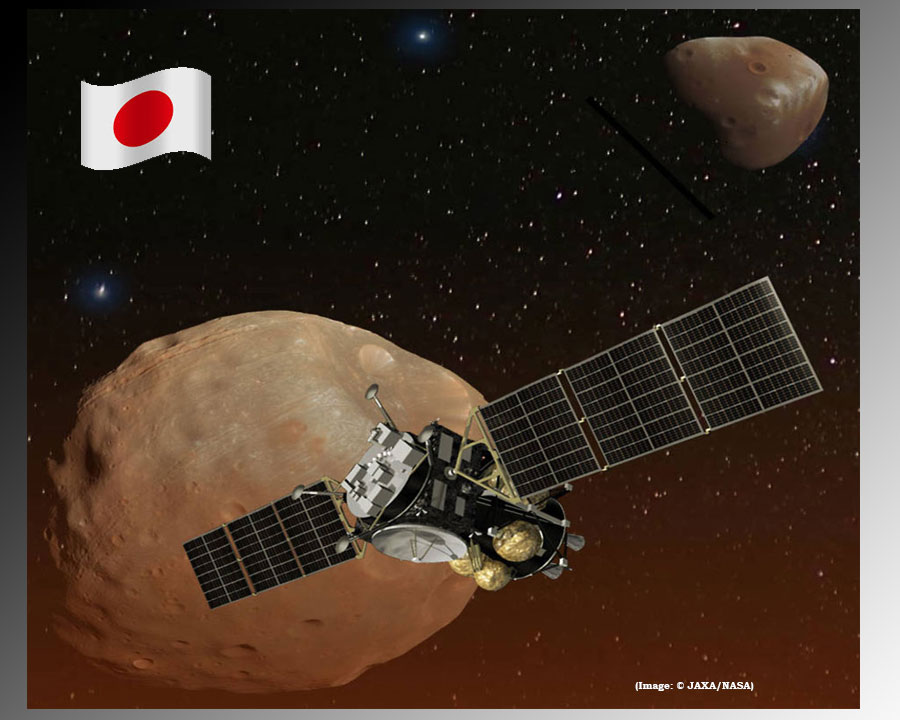 Japan recently announced that they are planning to send a space mission to Phobos, a satellite of Mars. This is the first time that any country will land a spacecraft on any moon of Mars if the mission is successful. This will also be the first round trip to the Martian orbit if the shuttle lands successfully. This is sample-return Mars mission of Japanese Space Agency.

According to a recent statement by the Japanese Space Agency, JAXA, they are pushing their Martian Moons Exploration (MMX) into development. So, as per their development plan, the Japanese team will proceed to create the hardware and software for the mission. The slated date for this mission is tentatively at 2024.

What is the Timeline for Japan’s Mars Mission?

As per the detailed mission summary given by JAXA, the Mars missions will arrive on the planet by 2025 after launching 2024. For the next three years, the JAXA will be conducting an extensive survey of Mars’ moon, Phobos and Deimos. The survey will create a detailed mapping of the surfaces of both moons.

During this 3 year period, the JAXA will also be sending a probe to Phobos and digging at least 2 cms into the surface. They will then retrieve a sample from the moon’s surface. There are plans underway for including a rover to hop on the surface like the one used on an asteroid in 2018. Technically, the spacecraft will have 11 instruments onboard which will help its tasks during the mission. Provided everything goes well, the missions should conclude in 2029 when the spacecraft will be landing on earth.

Why is Phobos Important?

Phobos has been a target for investigation and inquiry for scientists worldwide in recent years. They are yet to confirm if these two are actually asteroids caught in Mars’ gravity. Alternatively, they may confirm that these satellites were formed when an extrasolar body slammed into the planet. This particular mission will look to solve these questions and some more.

Phobos holds a very important spot in terms of space colonization since it can serve as a stepping stone. According to a statement by Jim Green, a chief scientist at NASA giving the JAXA announcement, humans cannot explore many parts of the solar system yet. However, Phobos and Deimos do stand in our margin and their orbit makes them tactically important. It is possible that future missions to Mars will be routed through installations on these satellites. However, this will only come into question when the MMX missions have been successfully concluded.

What Instruments Will the MMX Mission Take?

The MMX mission is primarily focussed on understanding the surface of the Martian moons. So, it will be carrying several instruments out of which NASA will be providing two. These are one which can analyse the elemental aspects of the moon’s surface and a pneumatic sampling device.

Space experts at NASA have been discussing the two moons for several years now. They have created detailed mission briefs including crews.  A well-received research paper dating back to 2007 stated that a mission to these two celestial bodies will push the envelope on human space exploration one giant step further.

While previous missions to the moons like the 1988 Soviet Phobos 2 spacecraft have been ambitious, the explorer malfunctioned and the attempt failed. The 2011 Russian Phobos-Grunt mission which launched in 2011 didn’t even make it beyond Earth’s orbit. MMX plans to address these failures and become the first successful human mission to Phobos and Deimos.