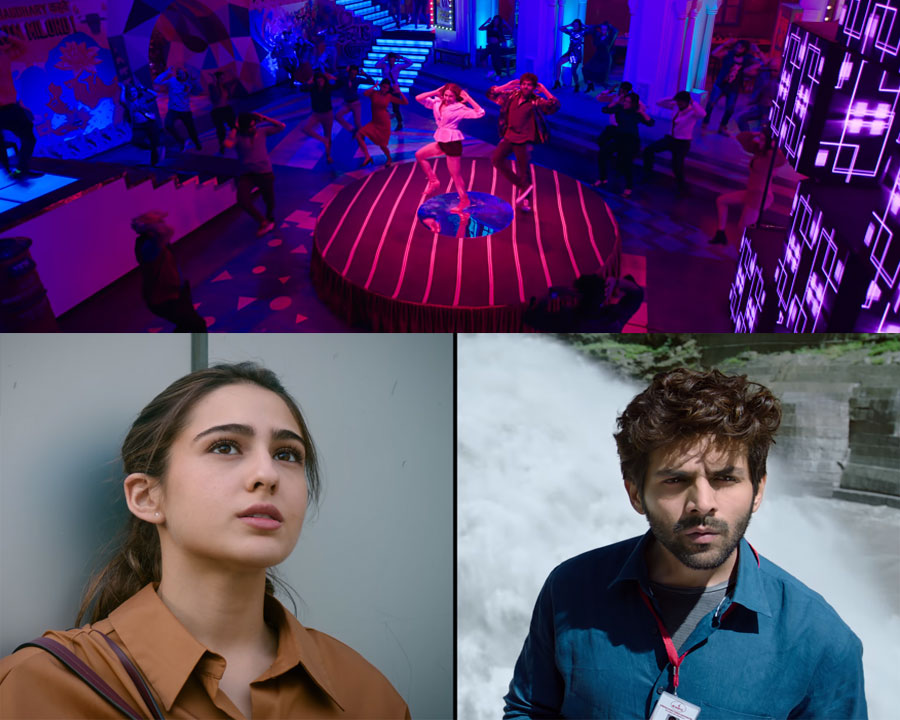 A lot of promises, but very few delivered. This sums up the chaotic mess Imtiaz Ali has created, in his latest film “Love Aaj Kal”. Audiences hooked on to nostalgia of the previous version, and the initial buzz was quite good too. But after months of promotion, the special Valentine’s Day release did not do well from the very beginning. After the disaster of Harry Met Sejal, Imtiaz has the chance to prove his critics wrong, but things did not turn out to be that easy. There are setbacks in every section of the film, which is quite bizarre considering the vast experienced director Imtiaz Ali is.

Starring Sara Ali Khan, Kartik Aaryan and Arushi Sharma in leading roles, the film needed a strong performance that none of the actors could deliver. Kartik Aaryan playing two characters, one in the past and one in the present time, seems to get bewildered not knowing what to do exactly. Without his quirky dialogue pattern and charismatic presence, there is nothing much to take back home from this below average performance. After a solid beginning in Kedarnath, Sara Ali Khan has looked way pale and disoriented in her roles. There seems to be a huge gap between the director’s idea and the performance of the actors. Randeep Hooda as the narrator, did a brilliant job, but the limited screen time restricted his craft significantly.

The first half of the film holds its pace well and drives the audience towards the bigger picture, which the director wants to present. The story unfolds slowly, but there is very little to guess or think about. Arushi Sharma looked very comfortable portraying her character, her depiction of confused emotions seemed real and her chemistry on screen with Kartik Aaryan was a treat. The character of Raghu, played again by Kartik Aaryan is quite lovable and charming. Set in Udaipur, the high school romance is nothing extraordinary yet entertaining.

There is very little to talk about direction, as Imtiaz is a master of his art. Accompanied by some amazing shots and spectacular landscapes, Amit Roy does a great job with the camera. This film tries to present a mirror reflection of today’s relationship, but fails to understand the complexities it brings. The idea of a feminist woman chasing her dreams, is unconvincing in its portrayal and looses ground while describing the depths of the characters.

Sara as Zoe, plays the character of an ambitious event planner, who believes it is either love or career. Whereas, Kartik can be seen as a motivated stalker throughout the film, following Zoe almost everywhere. Any justification for these sort of actions is hard to accept. There is enough familiarity and nostalgic factor, between the two films made by Imtiaz, but unlike the previous installment with Saif Ali Khan and Deepika Padukone, the later falls short in delivering the message it wishes to. It is time for Imtiaz to get back to his natural best, and deliver movies like Jab We Met and Highway.