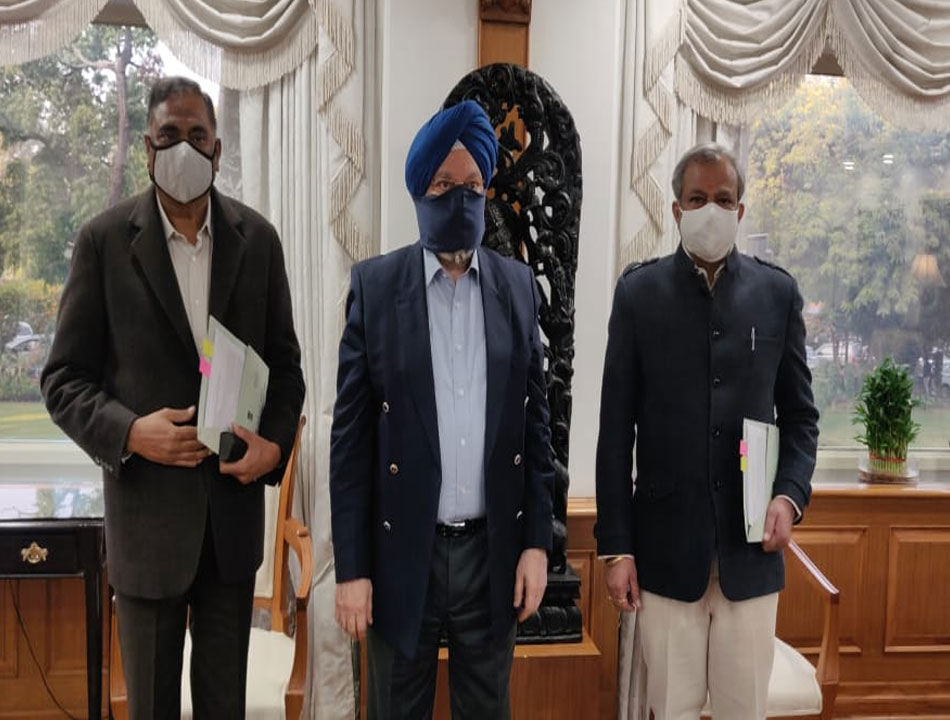 Adesh Gupta said that, Union Ministry Housing and Urban Affairs is undertaking several development works in Delhi, which directly benefits Delhiites. Under the Pradhan Mantri Uday Yojana, the work of regularizing unauthorized colonies and giving ownership to the people living there is going on, the work of making a Convenience Deed is also in progress. He informed that work is on fast pace to give pucca houses to the slum dwellers under the "Jahan Jhuggi Wahin Makan" scheme in Delhi.

Adesh Gupta also said that, new projects will be launched soon. Wherein, 2800 flats  in Kathputli Colony and about 3000 flats in Kalkaji are being made ready. He informed that Hardeep Singh Puri ji has assured that work will also be done on the demand of giving ownership to the people residing in the resettlement colony under the Land Pooling Policy. Biodiversity parks are being built by the Central government which will help in reducing the problem of pollution in Delhi. We will continue to work for the development of Delhi and the welfare of Delhiites.