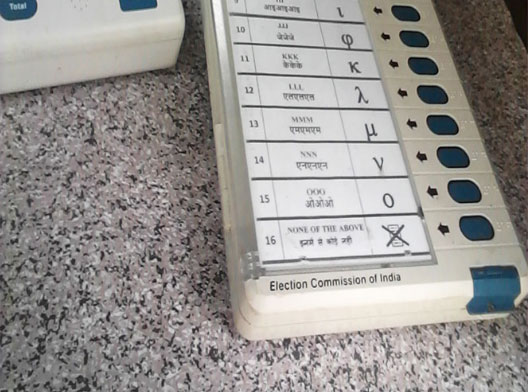 In the second phase polling was held for 95 Loak Sabha seats across 11 states, in Tamil Nadu voting for 38 of its 39 constituencies was done. Polling was also done in union territory of Puducherry.

The voting was cancelled in the Vellore constituency of Tamil Nadu over the fear of abuse of money power. Poll was also postponed to April 23 in Tripura (East) due to security reasons.

Two violence-related deaths were reported in the past 24 hours including a woman polling personnel who was killed by suspected Maoists on Odisha.

There has been some report of voting machine being damaged in Manipur and Uttar Dinajpur in West Bengal.

The lowest turnout for voting was 43.4 percent in  Jammu and Kashmir. Highest voting turnout was 78 per cent in Puducherry.