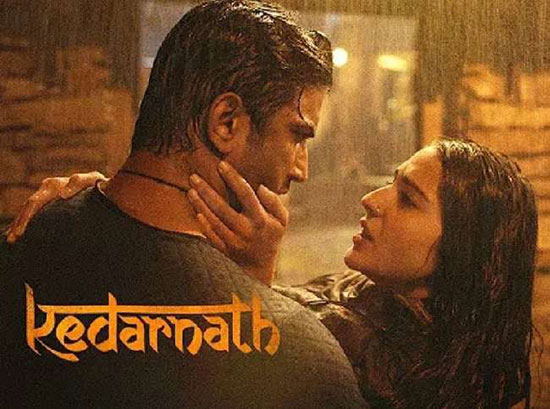 Abhishek Kapoor directorial Kedarnath, starring Sushant Singh Rajput and Sara Ali Khan in the lead role has has already created much buzz since the announcement of the film for many different reasons. The makers of the film yeaterday released the first official poster of the film and just one day later today, they have finally released the much-awaited teaser of the film which looks quite promising as well as horrifying.

Kedarnath is the love story a young couple Mansoor and Mukku played by Sushant and Sara respectively, during the most devastating floods of Uttarakhand in 2013 that completely destroyed the temple city Kedarnath leaving thousands of people dead.

The film has been extensively shot in Uttarakhand between the 14-km pilgrimage from Gauri Kund to Kedarnath and also marks the debut of Saif Ali Khan and Amrita Singh’s daughter Sara Ali Khan.

The first official teaser of Kedarnath was shared by RSVP’s twitter account with a caption that reads:

The film, had been going through production-related controversies for a long time it was earlier slated for a November 30 release but later the release of the film has been postponed to 7 December.

Kedarnath is directed by Abhishek Kapoor and produced by RSVP and Guy in the Sky Pictures. The film stars Sushant Singh Rajput and Sara Ali Khan in major roles.

Watch the trailer of Kedarnath here: