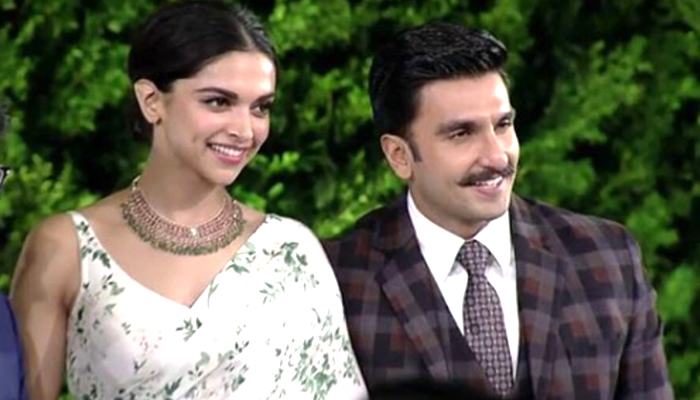 After Anushka Sharma-ViratKohli and Sonam Kapoor-Anand Ahuja’s grand wedding, all eyes are stuck -on Priyanka Chopra- Nick Jonas and Deepika Padukone- Ranveer Singh much awaited wedding. However, Priyanka Chopra is already officially enged with Nick Jonas now, we know very less about Deepika and Ranveer wedding. Both the actors started dating each other during Sanjay LeelaBhansali’sGoliyon Ki Raasleela Ram-Leela and since then the couple has been making news with their astonishing chemistry not only in movies but outside the reel world too.

Earlier it was rumored that DeepVeer will tie knot at the beautiful Lake Como in Italy, and as per the latest reports of Filmfare, the couple’s wedding will have four grand functions. Howver, the functions will be an extremely private affairs in the presence of selected family members and friends. Morover, the report also says that no cell-phones will be allowed for the guests during the functions. So, fans may have to wait for some while to get the photos and videos of the wedding functions.

While the wedding is likely to be held on November 10, Deepika may wear a Sabyasachikeeping in mind her personal fondness for the designer.

A source quoted Filmfaresaying, “Both Ranveer and Deepika are extremely private but that doesn’t stop them from having a lavish wedding. As per Hindu rituals, the two of them will have four festivities including the main wedding. All the ceremonies will be away from the media glare, keeping it a classy and intimate affair.”

The wedding being predicted as an extremely private affair may disappoint their fans for a while for not getting real-time updates but at the end we all wish the couple all the happiness. Ranveer is currently busy shooting for his upcoming movie with Simba, where he will be seen playing a supercop.