Jon Favreau Keen On Watching The Indian Adaptation Of Chef 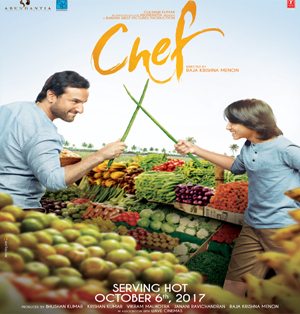 Jon Favreau, who acted in and directed the hit 2014 Hollywood film, Chef, is now looking forward to watching the official Indian adaptation of the film. The Indian adaptation is directed by Raja Krishna Menon who helmed the 2016 blockbuster, Airlift and stars Saif Ali Khan in the title role. Saif will be seen essaying Jon's character in the film.

Favreau has been ecstatic ever since the launch of the trailer. He has been in constant touch with the makers of the Indian adaptation and is looking forward to watching it. The actor-director was even keen to come to India to watch the film with the team here. However, since he is currently busy with his next film in L.A., the makers are planning to keep a screening for him in the States.

The official spokesperson of the film confirms the news and adds, “Jon Favreau has been in touch with the makers and is very keen to see the film. Since he is prepping for his next live action-adventure film, The Lion King, he won't be able to visit India. The makers are now planning a screening for him in L.A.”

Speaking on his passion project going global, in an earlier statement, Favreau had said, “I'm delighted to see ‘Chef' get an Indian remake. I'm excited to see how this personal film translates to the Indian culture. The themes of food, music and family should resonate well.”

The multi-talented Favreau's last global blockbuster was The Jungle Book. Amongst his vast range of films, Jon has directed Iron Man, Iron Man 2 and Elf and has also been the executive producer on Iron Man 3 and the Marvel's Avengers franchise.

Chef, presented by Gulshan Kumar in association with Abundantia Entertainment is a Bandra West Pictures Production and is Directed by Raja Krishna Menon. Chef is produced by Bhushan Kumar, Krishan Kumar, Vikram Malhotra, Janani Ravichandran and Raja Krishna Menon, and is slated to release on 6th October, 2017.