Did you know? - Rohit Shetty is seen in GolmaalAgain's title track! 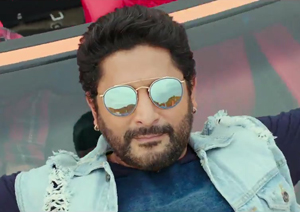 Mumbai: The makers released GolmaalAgain's title track recently and boy has it taken the internet by storm! Featuring the boy gang of Ajay Devgn, Tusshar Kapoor, Arshad Warsi and ShreyasTalpade as well as the beautiful Parineeti Chopra and boss like Tabu, this peppy track has been shot with over 2800 people in tow including the technicians.

The catchy tunes muddled with the spectacular showcase of a colourful carnival and of course Rohit Shetty's signature flashy cars, the title track totally catches your fancy! But what the audience may not have noticed is the person driving Arshad Warsi's Audi is none other than Rohit Shetty himself!

Well it was most befitting for him to drive the car considering he's the one who popularized the concept of using impressive cars for stunts in Bollywood!

We must say – Hats off to Rohit Shetty!

Golmaal Again, the fourth installment of the Rohit Shetty franchise is produced by Rohit Shetty Picturez in association with Reliance Entertainment and ManglMurti Films. The film is set to release this Diwali, October 2017.