The Trailer of Golmaal Again breaks all records in just 24 hours! 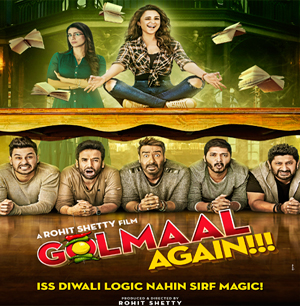 Mumbai: The makers of the fourth installment of the Golmaal series launched the much awaited trailer of the film yesterday and had the entire country going completely gaga over it!

The trailer received an overwhelming response with millions and millions of people sharing their love from across the globe.

In fact, the trailer crossed 20 million views and is also trending at the #1 position on YouTube. With both of these in just 24 hours, Golmaal Again is setting new records in Bollywood.

This is the first Hindi film trailer to have hit the 20 million mark in just 24 hours!

Rohit Shetty has kept his audience waiting for 7 years and the trailer has elicited a different kind of excitement amongst viewers!