Hansal Mehta: "Simran is one of Kangana's best performances" 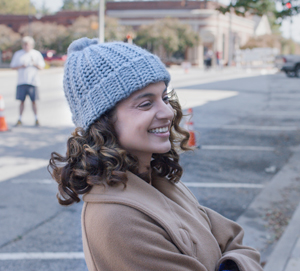 National award-Winning director Hansal Mehta's forthcoming film Simran, starring Kangana Ranaut is being predicted to establish yet another benchmark when it comes to slice of life performances and an wholesome movie experience. Kangana Ranaut’s character in Simran revolves around Praful Patel, a girl who pursues happiness despite stumbling on the way.

Kangana has stood out amongst the Bollywood milieu bringing to life each memorable character she has played on screen. In Simran, Kangana’s Praful shows her journey which navigates through family, conservatism, expectations, love, crime and redemption, albeit which she remains undaunted in spirit and never gives up while moving on a rocky path.

Hansal who had a wonderful time working with Kangana sheds light on what we can expect from Simran, “Kangana is an actor who gives her 100 per cent, adding unexpected nuances to the character, making it relatable and authentic for the audience.”

Kangana’s character as Praful is a coming of age woman who is unapologetic, ambitious, free-spirited and desirous of independence beyond what her family already allows her.

Talking about her performance in the film, the director further adds, “Simran is a joyous tale of hope, love, crime and redemption with a cracker of an act by Kangana. This is one of her best performances till date.”