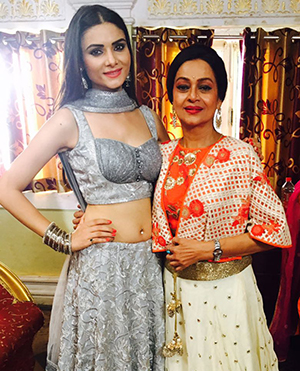 Bollywood's beautiful actress, Sezal Sharma, is on cloud nine as she's finally doing a movie that she loves! The actress is glad that good work is finally coming her way. Recently the news was that she had singed Chandan Prabhakar's untitled Punjabi movie.

The actress shared a picture on her Instagram account and shared her feeling while shooting with two veteran stars. She said, “It's a dream come true and an honour be sharing the frame with Zeenat ji and Zarina ji. I'm happy I got this opportunity."

Sezal Sharma was last seen in Bollywood movie 31st October opposite Vir Das and Soha Ali Khan. Other than this, sezal has two releases coming up this year, one of which is GPL, which got showcased in Cannes last year and is due to release in October 2017.