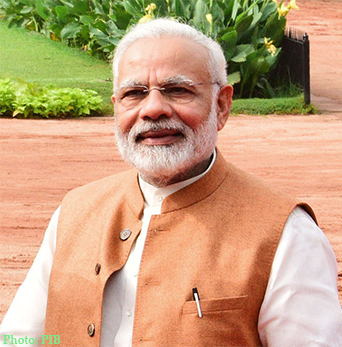 The Prime Minister, Narendra Modi, on Thursday met and interacted with a group of over 80 Additional Secretaries and Joint Secretaries serving in the Government of India. This was the second of five such interactions.

During the interaction, officers shared their experiences on subjects such as performance based administration, innovation in governance, waste management, river and environment pollution, forestry, sanitation, climate change, value addition in agriculture, education and skill development.

Responding to observations made by the officers, the Prime Minister emphasized that officers must not restrict themselves to files, but go to the field, to understand the true impact of decision-making.

In this context, he recalled the experience of officers in post-earthquake reconstruction in Gujarat, in 2001.

The Prime Minister said that officers should not look on their work as just a duty, but an opportunity to make a positive transformation for governance in the country. He urged them to use technology interventions to simplify governance processes.

He asked the officers to focus attention on the 100 most backward districts of India, so that they can be brought up to the national average level, on various development parameters.