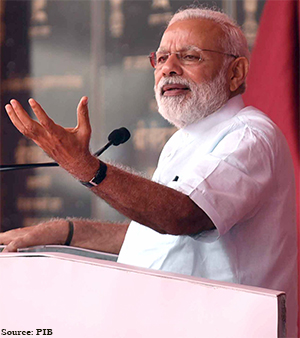 The Prime Minister also symbolically distributed certificates of appointment to constables of the Paharia Special India Reserve Battalion; and Smartphones to women entrepreneurs of Self-Help Groups.

Speaking on the occasion, the Prime Minister said that these development projects will benefit the Santhal Pargana area, and lead to greater empowerment of the tribal communities. He said that the poor in India wish to lead a life of dignity, and seek opportunities to prove themselves. He said that he had full faith in their capability.

The Prime Minister said that an era of honesty has begun in India. He sought the people’s blessings in his endeavour to ensure that the poor get their due.