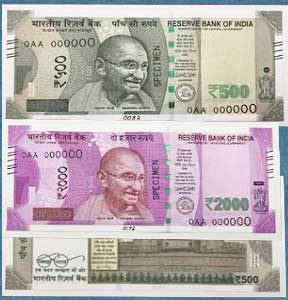 Various legislative steps have been taken by the Finance Act, 2017 to curb black money by discouraging cash transaction and by promoting digital economy.

These prominently include placing restriction on cash transaction by introduction of New Sections 269ST & 271DA to the Income-tax Act. It has been provided that no person (other than those specified therein) shall receive an amount of two lakh rupees or more,

(a) in aggregate from a person in a day;

(b) in respect of a single transaction; or

(c) in respect of transactions relating to one event or occasion from a person,

Any contravention to the said provision shall attract penalty of a sum equal to the amount of such receipt. However, the said restriction is not applicable to any receipt by Government, banking company, post office savings bank or co-operative bank. It has also been decided that the restriction on cash transaction shall not apply to withdrawal of cash from a bank, co-operative bank or a post office savings bank. Necessary notification in this regard is being issued.

It has also been provided that any capital expenditure in cash exceeding rupees ten thousand shall not be eligible for claiming depreciation allowance or investment-linked deduction. Similarly, the limit on revenue expenditure in cash has been reduced from Rs.20,000 to Rs.10,000.

In order to promote digital payments in case of small unorganized businesses, the rate of presumptive taxation has been reduced from 8% to 6% for the amount of turnover realised through cheque/digital mode.

Restriction on receipt of cash donation up to Rs. 2000 has been provided on political parties for availing exemption from Income-tax. Further, it has also mandated that any donation in cash exceeding Rs.2000 to a charitable institution shall not be allowed as a deduction under the Income-tax Act.