Ranveer Singh spotted on the sets of Golmaal Again! 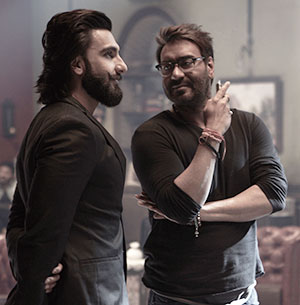 Mumbai: Ranveer Singh was seen on the sets of Golmaal Again. The Bajirao actor was spotted chatting with Ajay Devgn and Rohit Shetty.

A source from production stated, “Ranveer was shooting a commercial in the same studio and when he learnt that Rohit and Ajay (Devgn) were shooting on the premises, he strolled across to meet them.