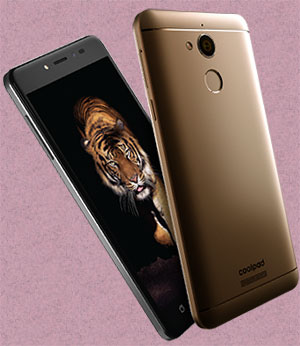 Chinese Telecommunication Giant Coolpad Group has brought a new model called Coolpad Note 5 Lite in India. The launch took place on Thursday and the device will go on sale from March 21 onwards at a retail price of INR 8,199. Amazon is the exclusive selling partner of this model from Coolpad that would come in two shades of Grey and Gold. It is the basic version of the Coolpad Note 5, which was launched in India in September last year. The phone comes with good camera and processor support and is quite competitive at the given price range.

Bearing a 5-inch IPS, HD, 2.5D curved glossy display, with a resolution of 1280x720 pixels (294ppi pixel density), the phone maintains about 66% percent of screen-to-body ratio. The body of the phone is made of all metal, has matte finish and has no sharp edges, lending the phone a premium look. Note 5 Lite possess dimensions of 145.3x72.3x8.7mm, weighs 148g and is easily manageable owing to its size.

On the shooting front, there is a 13-megapixel main camera with Autofocus and LED Flash. The front snapper of 8-megapixel has a LED flash and is an absolute delight for the selfie freaks. Video recording can be done at 1080p with the speed of 30 fps and both the cameras have an aperture of f/2.2 each. The camera is pretty nice and may be referred to as the USP of the budget smartphone.

In terms of processing, the phone is powered by Quad-core MediaTek MT6735CP SoC, which makes multitasking really a smooth experience. The Note 5 Lite Cortex A-53 CPU clocked at 1 GHz works in collaboration with Mali-T720MP2 GPU and 3GB RAM/16 ROM (expandable upto 64 GB) storage. Moreover, the handset comes loaded with a non-removable Li-Ion 2500 mAh battery, which the company claims can provide a standby backup of 200 hours. Together the system of the phone is efficient enough to deliver a fabulous performance.

The Coolpad Note 5 Lite runs on Android Marshmallow v6.0 OS coupled with CoolUI 8.0. It has a rear-mounted fingerprint sensor which allows fast unlocking, making calls, opening apps and clicking pictures without use of any button. The dual Nano-SIM (dual standby) phone supports 4G LTE and has accelerometer and proximity sensor too. A dedicated mic with noise cancellation feature and 3.5mm jack embrace the phone.

Coolpad Group Limited, the Chinese Original Equipment Manufacturer (OEM) has become one of the leading brands, not only in China, but all over the world. With their decent looks, reasonable pricing and attractive features, the company's devices have managed to carve a niche in the global consumers' hearts. In fact, the company launched its first smartphone in India in June 2015 itself and there was news that after the first bulk that came from China, 90% of the devices from Coolpad, were assembled in India, in collaboration with Videocon. The company is concentrating on enhancing its offline retail channels in order to gain greater share of the markets in India.

Speaking on the launch, Syed Tajuddin, the CEO of the Coolpad India, said that the company is excited to launch the latest model in the Note series which is succeeding the hugely popular Note 5, that was warmly accepted by the market and went on to become quite a successful phone. He further commented that with this new product they are fulfilling their commitment of serving technology to the consumers in form of devices with high-end features at economical prices. He also added that the company would come up with new and innovative smartphones that would set the standard in the market, at frequent intervals.

It was also declared at the event that Coolpad has reached the 2 million mark globally, in the sale of the Coolpad Cool 1 Dual. Furthermore, the brand has spread its service centres across 29 states in India and there are about 380 of them existing at present.