April 7 to be the Pre-Order Day for Samsung Galaxy S8 in South Korea, Bixby to be its Highlight: Reports 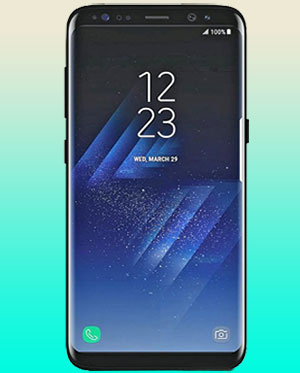 One of the most anticipated phones of this year, Samsung Galaxy S8, is about to get launched on March 29 and there is a whole lot of buzz that surrounds the upcoming phone at this moment. One of those says that S8 will be released along with S8 Plus. And then there is again this news that the new flagship device would go for online sale from April 7. The recent addition in this flurry is that Samsung has confirmed the presence of the AI Assistant Bixby on its Italian website.

It is to be noted that the announcement was made on 26th Feb at the Mobile World Congress (MWC) in Barcelona with a teaser and invitation for Galaxy Unpacked event, where the official unveiling would take place.

The invite of the event read, "On March 29, Samsung Electronics will unveil the newest Galaxy as part of its endeavour to unbox your phone." It further said, "The forthcoming addition to the Galaxy line-up represents the start of a new era, by reshaping the device that has over the years become an indispensable tool in our everyday lives." The company also informed that there would be live streaming of the event on the website of the electronic major.

There is whole lot of speculations on the date of sale of the upcoming product by the Android phone maker. Starting from April 7, the carrier would be offering the pre-bookings till April 17, as per reports. However, the devices are expected to hit the shelves, not before April 21. As regards the availability of the phone in the global markets, the April 28 has been pitched as the probable date. A conflicting rumour also has it that there will be worldwide roll out of the flagship phone on a single day. Apart from all this, there is a plan to organise pre-launch party on April 18 in the major physical outlets of the carrier.

As far as the functionalities of the handset are concerned, Bixby is the most attention grabbing feature, the possibility of which has made many headlines. Many companies have given applications with voice detecting and follow up of some preset commands in the form of Siri, Ozlo, Google Now, Amazon Alexa, Motorola Assist, etc. All of these may have been touted as virtual or AI Assistants, but they have not lived up to their names, since their functions are limited mainly to computing or completing actions on the basis of inputs or directions provided by the user and they do not work independently. However, Samsung may enhance the standard of AI Assistants in smartphones by infusing the virtual aid with the interface of the S8 sets.

It has been almost confirmed by the Korean electronics giant that the Bixby, the successor of the not-so-successful S Voice, would be integral part of the new launch. In the privacy document available on the Italian website of the Samsung, there is a mention of the name of the voice enabled application with reference to all mobile devices (which means it may feature in other devices to be launched after S8).

The smartphones would be powered by Exynos Series 9 chip or Qualcomm Snapdragon 835 processor (depending on regions) with 4GB RAM/ 64GB expandable ROM, supported by Android Nougat OS, Samsung Knox and Pay. The differences that the various flying reports have suggested would be found in battery backup and screen size of the two sets. The prices of the gadgets by Samsung are tipped at EUR 799 and EUR 899 for S8 and S8 Plus respectively.