Begum Jaan's Trailer Launch to be a packed house! 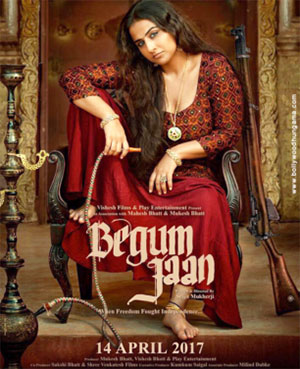 Mumbai: The makers of Begum Jaan are gearing up for the trailer launch which is scheduled to be on March 14th, 2017.

The trailer launch will witness Vidya Balan sharing the stage with as many as 10 actors.

The two posters that were launched earlier, received immense appreciation from people all over the country.

Everyone is in much anticipation to watch Vidya Balan and her badass attitude conquer screens!

Produced by Mukesh Bhatt and Vishesh Bhatt, the movie is co-produced by Sakshi Bhatt and Shree Venkatesh Films.