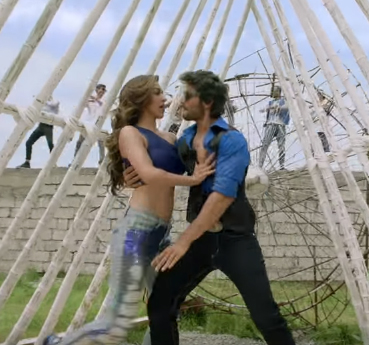 Mustafa's debut film 'Machine' has been creating quite the buzz with its recently launched trailer and also the romantic song 'Itna Tumhe' which has been well received by audiences.

Adding to the impressive music album is the new song of 'Chatur Naar', which shows the dancing side of the nimble footed Mustafa! While the trailer showed Mustafa's macho and action packed avatar, the charming debutant will be seen matching energetic and quirky steps to the catchy peppy tunes, with Kiara Advani...looks like we might just have the party anthem of this season!

The song, which is releasing today has been penned by Niket Pandey, sung by Nakash Aziz & Shashaa Tirupati, Ekka and composed by Tanishk Bagchi.

From the sound of it to its look and feel, the song will be a groovy, peppy number. It is choreographed by Bosco-Caesar and the steps will make you want to get on the dance floor.