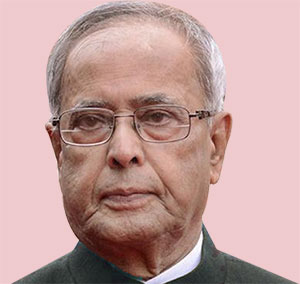 The highlights of this year's 'Udyanotsav' include two new varieties of roses named after the President of India, Shri Pranab Mukherjee and his late wife Smt. Suvra Mukherjee; Vertical Gardens and Air Purifying Plants which absorb toxins from polluted air.

The two varieties of roses named 'President Pranab' and 'Suvra Mukherjee' were developed by Shri Pranabir Kumar Maity and Shri Ashok Kumar Maity of Pushpanjali Rose Nursery at Jakpur, West Bengal in honour of the President. The Indian Rose Federation recognized the same and issued a certificate after trials in January 2017. The roses were subsequently planted in the Mughal Gardens and are expected to blossom soon.

About 14,000 Tulip bulbs in seven different colors such as red, orange, yellow mixed with red, pink, and purple have been planted in Mughal Gardens.

Several beds of roses, including both new and heritage varieties are the main attraction of the Long garden. Flower Carpets in magnificent designs will be on display in the Central Lawns revealing the skill and craft of the gardeners of Rashtrapati Bhavan.

The dominant color scheme of this year's ornamental flowers is various shades of yellow, red and orange. A small cactus corner, as in previous years, forms part of the display. Exhibition Stalls will be set up near the Spiritual Garden displaying produce of fresh vegetables and fruits grown in the President's Estate Organic Farm. Visitors and plant lovers will also be able to see a Lotus pond with a cascading waterfall in the Spiritual Garden.

The Mughal Gardens will remain open for general public from February 05 to March 12, 2017 (except on Mondays which are maintenance days) between 0930 hrs to 1600 hrs. Members of the public will also be able to visit the Spiritual Garden, Herbal Garden, Bonsai Garden and Musical Garden.

Entry and exit for the general public will be from Gate No. 35 of the President's Estate, close to where North Avenue meets Rashtrapati Bhavan. Visitors are requested not to bring any water bottles, briefcases, handbags/ladies purses, cameras, radios/transistors, boxes, umbrellas, eatables etc. Such articles, if any, will have to be deposited at the entry point. However, arrangements of drinking water, toilets, first aid / medical facility; rest rooms for senior citizens, women and children are provided at various places in the route for public.

The Mughal Gardens will be open exclusively on March 10, 2017 to special category of visitors viz farmers, differently abled persons, defence/para-military forces and Delhi Police personnel from 0930 hrs. to 1600 hrs. This entry and exit will be through Gate No. 35.