Vidyut Jammwal- The Action Star Of This Generation 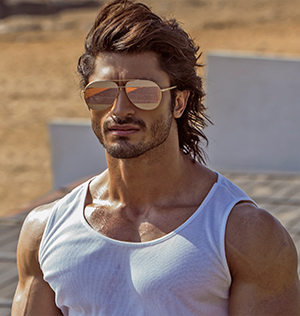 We've all seen action packed Bollywood films with high octane and death-defying stunts that are executed by stunt doubles most of the times. But the only actor who is a trained martial artist since before he became an actor and does all his stunts is Vidyut Jammwal.

His role models being Sylvester Stallone and Jackie Chan, Vidyut has paved his way as an action star without any Bollywood influences and roots. He doesn't follow a pattern in films or even stick to certain roles and habits.  As he says himself, “Out of the comfort zone is the comfort zone”.

Apart from being effortlessly sexy, fit and amazing at his job, Vidyut is an intelligent man who thinks women should not change their bodies to look good for anybody.

Being quite the fitness fanatic, Vidyut thinks giving up certain foods to lose weight and getting fit is a myth. He also thinks to be disciplined in training doesn't mean to workout at 4 am, he thinks discipline is working out daily at whatever time possible.

Inspiring millions with the kinds of stunts he executes and just being himself, Vidyut has become the action star of this generation.