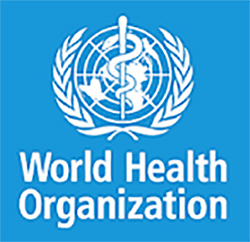 "The successful outcome of the WHO conducted assessment of the National Regulatory Authority (NRA) of India is a big boost to the Government's efforts towards quality healthcare, for which the Government is committed to". This was stated by Union Minister for Health & Family Welfare Shri J P Nadda, here today, as WHO congratulated him and the Ministry for successful assessment of the country's National Regulatory Authority (NRA). He stated that the Ministry under the dynamic guidance and leadership of the Hon. Prime Minister Shri Narendra Modiji is poised for more such laurels in the healthcare sector.

WHO, in its letter to the Minister, has applauded the country's NRA being declared “functional' with a maturity level of 4, i.e., the highest level as per currently evolved definitions in respect of 5 functions, and maturity level 3 in respect of 4 functions. While, maturity level 4 indicates good results and sustained improvement trends, maturity level 3 reflects systematic process based approach, early stage of systematic improvements, data availability regarding conformance to objectives and existence of improvement trends. Shri Nadda has termed this as the result of hard work of all the health functionaries who have collaborated with the Ministry in its efforts.

The Minister informed that WHO has termed the 100% compliance in the WHO assessment (benchmarking) of the Indian vaccine regulatory system as another ‘landmark achievement'. The previous WHO assessment (benchmarking) of the Indian vaccine regulatory system was conducted in 2012 during which institutional development plan (IDP) and the road map for strengthening the NRA were developed. Pointing out to the introduction of newer vaccines in the country's full immunisation basket through the nationwide introduction of pentavalent vaccine, and the phased roll-out of Rotavirus vaccine and Measles Rubella vaccine, Shri Nadda stated that the Ministry is confident that India shall meet all its global commitments in the healthcare sector as a result of these focussed endeavours. In addition, Mission Indradhanush has strengthened the full immunisation drive of the Government, the Health Minister stated.

WHO accords high importance to equitable access to quality, safe, efficacious, and affordable medical and health products. In view of India being one of the main global suppliers of drug and biological medicinal products including vaccines, medical devices, and traditional medicines, and as it is supplying several vaccines to UN agencies, the ‘successful assessment will go a long way in strengthening global confidence in medical products from India'. WHO also notes that this shall ‘give an impetus to the “Make in India” mantra of the Hon'ble Prime Minister of India'.

Recently, WHO has completed the assessment of the status of the Indian vaccine regulatory system against WHO NRA Global Benchmarking Tool (GBT) for benchmarking and measured the maturity of the system. The assessment has been carried out by a WHO team comprising lead experts in different areas from WHO Headquarters Geneva, WHO India Country Office, experts drawn from the regulators of USA, Italy, Germany, Netherlands, Indonesia, Thailand and Egypt. The assessment has been done in respect of nine different functionalities.

World Health Organisation has, based on a robust benchmarking tool developed over years of consultation with various experts drawn from across the globe, carried out assessment of the National Regulatory Authority (NRA) of India comprising the Central Drugs Standard Control Organisation (CDSCO), State Drug Regulatory Authorities, Pharmaco-vigilance Programme of India (PvPI) and Adverse Events Following Immunization (AEFI) structures at the Central and States levels. The nine functions included in the tool are National Regulatory System; Registration and Marketing Authorization; Vigilance; Laboratory Access and Testing; Regulatory Inspection; Clinical Trial Oversight; NRA Lot Release; Licensing Premises; and Market Surveillance and Control. The Global Benchmarking Tool (GBT) so developed has 63 indicators and 288 sub-indicators, out of which 150 are critical. Earlier in 2012, NRA was assessed against 7 functions and 181 indicators.

Secretary (HFW), Shri C K Mishra also congratulated the entire teams which have really put in very hard work to achieve this for the country.