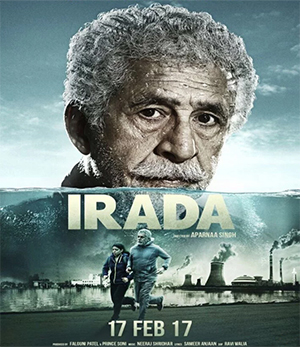 The dynamic and inimitable acting duo Naseeruddin Shah and Arshad Warsi are all set to re-unite on the big screen with their new engaging thriller 'Irada'.

The trailer of Irada was unveiled today by the cast and crew, please find the link below

With nuanced performances by renowned talent, Irada is due for release on 17th February.