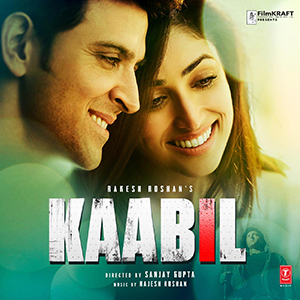 Mumbai: CineKorn Entertainment has announced their association with Hrithik Roshan's upcoming film Kaabil. The organization has acquired the distribution rights for the film in India. The film is slated to release on 25th January so that it can cash in on the collections of the long weekend of Republic Day, January 26th, 2017 which is a national holiday. Cinekorn is already a leading content house that works on distribution of films on satellite and digital platforms. The company holds an enormous library of Tamil, Telugu & Kannada films dubbed in Hindi.

Founder of Cinekorn, Kalapi Nagada is extremely confident about the film Kaabil and is proud to associate with veterans like Mr. Rakesh Roshan and director Sanjay Gupta. He said, “We got affiliated with Kaabil in the progressive stages when the movie was in production. We were incontestable about the production banner FILMKRAFT and the producer Mr. Rakesh Roshan who has an indigenous experience of giving zealous films to our industry.”

Proud distributors of Hindi & English films like Rustom, Udta Punjab, 300, Batman v Superman and The legend of Tarzan amongst others, Kaabil brings a lot of credit to Cinekorn's profile.