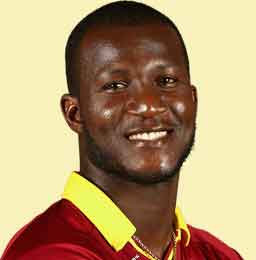 West Indies beat England by 4 wickets in the finals of ICC T20 world cup played at edan garden on sunday and became t20 world champion all over again.

In final match of world cup T20 West Indies kept England under domination and won the title for the second time. It was no surprise when WI team made into the finals after their powerful performance in the group matches and in semi final match against India. Final match took place on Sunday in Edans garden, Kolkata. After wining the toss West Indies choose to field and it was the right decision that the team made. England managed to score first 50 runs in just 52 balls buts falling of wickets was the real concern on second ball of first over English batsman J J Roy went back to the pavilion without scoring any run flowered by AD Hales in the second over and added only one run into the team score. England managed to score 23 runs for the third wicket. J E Roots remained on crease and scored 54 runs in 36 balls and played very well along with JC butler scored 36 runs in 22 balls after that DC Willey tried to build a respectable score but could not last for long and got catch out by Charles b Brathwaite with a personal score of 21 runs.

After that none of the played could stand against the West Indies and scored 155 runs with the help of 11 fours and 5 sixes in 20 avers and lost 9 wickets.

West Indies bowlers did a good job by stopping England from scoring a big target .SJ Benn took 3 wickets in 3 overs but he gave 40 runs including 3 fours and 3 sixes. Wherein S Badree, A D Russell, D J Brave and D J G Sammy were successful in taking 2 wickets each and CR Brathwaite took 1 wicket. Among all these bowlers S Badree stand out as the best. In four overs Badree gave only 16 runs and took 2 wickets and also manage to get one maiden over.

West Indies batting was not as expected with one wicket down in the very next over J Charles scored only one run .All the West Indies fan expected that Chris Gayle will do some magic and will see some fours and sixes about nothing was as expected and went back with one four in 2 balls.

Things got better when M N Samuels came for batting he not only completed his 50 but also added 89 runs in just 66 balls with the help of 9 fours and 2 sixes and played good partnership with DJ brave who scored 25 runs and CR Brathwaite made 34 runs. M N Samuels and C R Brathwaite remains not out. English failed to stop the runs. Though D J Willey bowled very well he took 3 wickets and gave 20 runs in four overs. J E Roots took 2 and A U Rashid took 1 wicket.

West Indies chased the score in 19.4 overs and won the match by 4 wickets with 2 balls remaining. This was the fifth match between these two teams in T20 world cups where West Indies won all five matches against England.

V Kohli of team India became the Player of series