Impact of Passive Smoking on Children 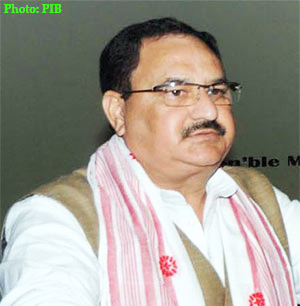 As per Global Youth Tobacco Survey, a school-based survey of students in grades 8, 9, and 10 conducted in 2009, one in five students live in homes where others smoke, and more than one-third of the students are exposed to smoke around others outside of the home; one-quarter of the students have at least one parent who smokes.

The Government has taken measures including, inter alia, the following to curb smoking: (i) Enactment of the “Cigarettes and other Tobacco Products (Prohibition of Advertisement and Regulation of Trade and Commerce, Production, Supply and Distribution) Act, (COTPA) 2003”.

(ii) Ratification of WHO Framework Convention on Tobacco Control.

(iii) Launch of the National Tobacco Control Programme (NTCP) in the year 2007-08, with the objectives to (a) create awareness about the harmful effects of tobacco consumption, (b) reduce the production and supply of tobacco products, (c) ensure effective implementation of the anti-tobacco laws and (d) help the people quit tobacco use through Tobacco Cessation Centres.

(iv) Notification of rules to ban smoking in public places.

(v) Notification of rules to regulate depiction of tobacco products or their use in films and TV programmes.

The Health Minister, Shri J P Nadda stated this in a written reply in the Rajya Sabha here today.