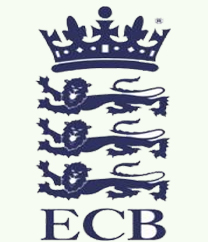 ECB has named Keaton Jennings and Liam Dawson in the England test squad for first time for the remaining two matches. Jennings will replace Haseeb Hameed who injured his left hand during the third Test. Dawson will replace Zafar Ansari who has been out with a back injury.

Jennings was the leading scorer in the 2016 county Championship. Keaton is son of former South African cricket coach Roy Jennings. Dawson is a left arm bowler and he made debut for England last year. Both are expected to join England team on 5th December before the Mumbai test.

England is trailing 2-0 in the ongoing five match Test Series vs India. The fourth test starts from 8th December at Mumbai. This is the first time after 2008 that India has not lost a Test Series vs England. England is struggling in spin friendly Indian pitches. Last month they lost in Test match to Bangladesh for the first time. England is currently second ranked team in ICC rankings after India.

India is now unbeaten in last 16 tests. Virat Kohli is the leading scorer the current series whereas Ashwin is the leading wicket taker. Indian spinners statistics improved since Kumble became India coach. Joe Root is the leading run scorer for England in the ongoing test series. England has hired Saqlain Mustaq as bowling coach and its visible in improved bowling of Adil Rashid and Moen Ali. Mark Ramprakash is batting coach of England who was a Test specialist. This is the first time after 2008 that India is using DRS. Both teams are troubled by injuries as Lokesh Rahul and Ridhiman Saha are out due to injuries.

England team is on a 5 days break and most of the players are going to Dubai.