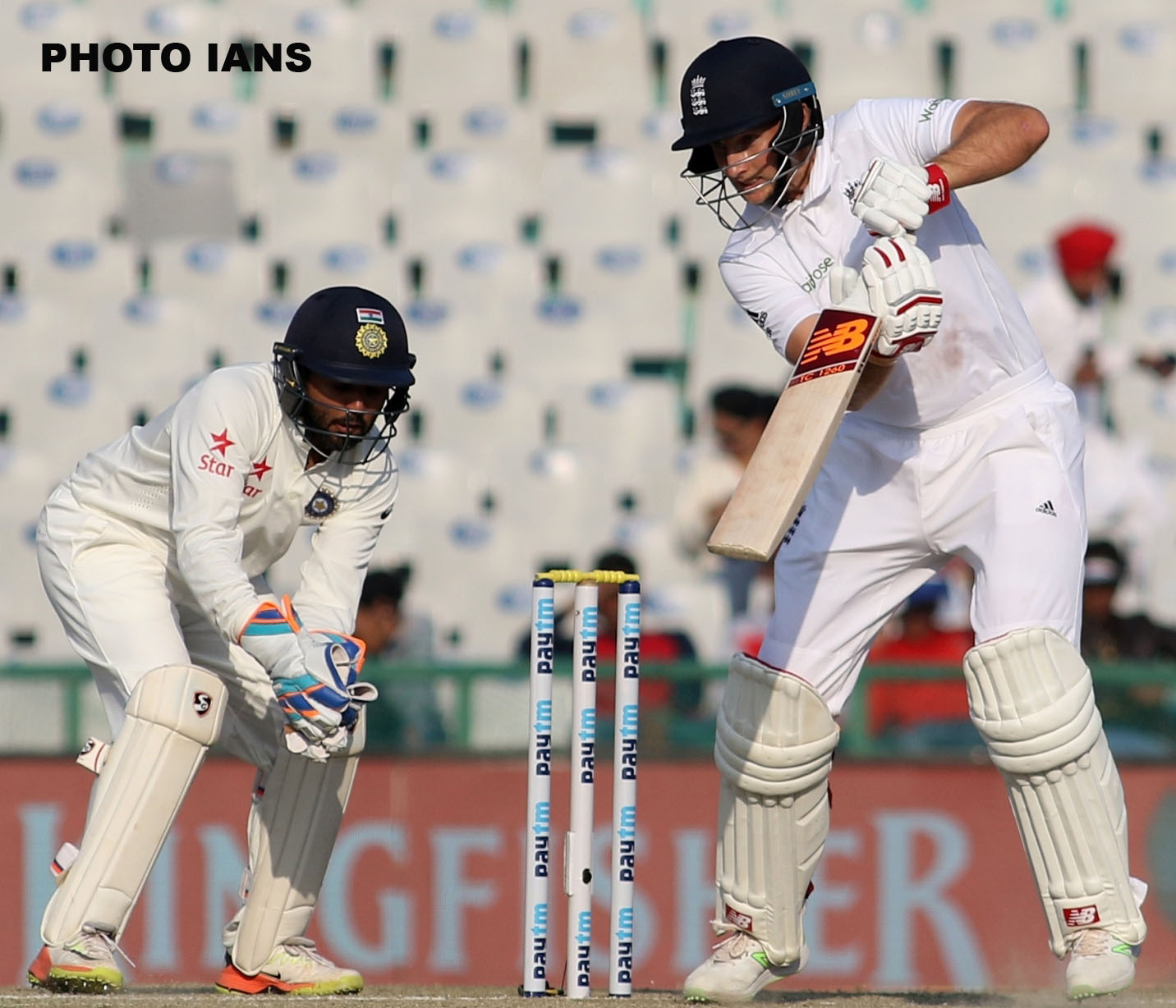 England made 195 runs for the loss of eight wickets gives a nominal lead of 61 runs over India in the second session of fourth day of the third test which is being played in the Punjab Cricket Association (PCA) stadium.

Due to the injury in finger Haseeb Hameed is playing not out for the eighth wicket at 23 whereas, Chris Woakes just lost his wicket at 30 runs and Shami takes his wicket.

England lost its 3 wickets in the first session today. Indian bowler Ravindra Jadeja has taken his second wicket as making Gareth Batty uncomfortable with ball and as result he got lbw at zero run.

In the first session, Jos Buttler made 18 runs with one four and one six but was not able to make big contribution to his team and Ravindra Jadeja caught him and Jayant Yadav his second wicket.

Whereas, Joe Root (78) made partnership for the seventh wicket with Hameed of 45 runs but Jadeja stopped him in the first session of fourth day to make any big score and Ajinkya Rahane caught him.

Joe Root made 78 with four fours in 179 balls until Jadeja stopped him at the total of 152 runs of the team.

In second inning, R Ashwin got 3 wickets and Jadeja and Jayant Yadav got 2-2 wickets.

In the first inning, England made 283 runs in which Jonny Bairstow (89) and Buttler (43) where Indian bowlers Mohammed Shami took 3 wickets, Jayant, Jadeja and Umesh yadav took 2-2 wickets and made easy for making England team go back to pavilion.

It was seen first in the history of Indian Cricket that below seventh position three batsman made half centuries. Earlier, Parthiv Patel who got entry in the test match after the long 8 years made 42 runs where as Captain Virat Kohli made 62 runs.

India is now leading the five test matches series against England with 1-0. The first match played at Rajkot and it was a tie match whereas second test was played at Vishakhapattnam in which India won the match with 246 runs.