I would never want to make content-driven film: Farah Khan 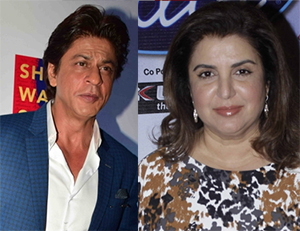 The bollywood king Shah Rukh Khan is always do experiments with his roles on the big screen, said by his friend Choreographer-filmmaker Farah Khan.

Farah Khan said, “Shah Rukh is always experimental with his role as an actor. He is the same actor who did a film like 'Kabhi Haan Kabhi Naa', 'Asoka', 'Chak De! India' and 'Swades' and other so-called commercially successful films.”

She also said that, “I think media and critics are acknowledging this more these days than earlier, and they praise a star when they do such experimental roles in films.”

When from Farah Khan it was asked that, Is she interested in making a content-driven film? Then she said, “What makes you think that a successful mainstream film does not have content? It is a wrong perception. I would say that all my films have more content than a 'content-driven film'. It is not easy to make such films. I would never want to do a content-driven film with a box office life of Rs 20 crore.”

She cleared from her statement that she is not interested in making a content-driven film because her film also have content and she believe that the making of such type of films is not easy.

But sometimes in a Amitabh Bachchan or Shah Rukh Khan starring film, the focus of audiences are on the star rather than the story of the film, so that’s why this type of differentiation happened and Farah Khan agreed on it.