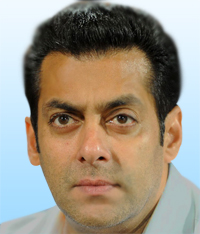 Earlier a local court pronounce 5 years jail in the Salman Khan hit-and-run case. After getting bail from the High Court Salman Khan remain free until his appeal hearing in July.

Salman Kha was sentenced 5 year prison for running over several persons sleeping on the pavement in Mumbai. In this one of the person was killed and several were injured.

The survivors and the prosecution witnesses have testified that Khan was driving while his vehicle crashed into a group of half a dozen men sleeping on the street in in the year September 2002.

Currently the upcoming film 'Bajrangi Bhaijaan' is in the last schedule of shooting and in this film Kareena Kapoor is the main star.

Salman Khan, 49, is Bollywood's start who worked in more than 90 Hindi films in his 27-year career.

28-September-2002: Salman Khan was arrested and then granted bail.

October 2002: Charges of culpable homicide not amounting to murder was filed against Salman Khan

Oct 2003: State moves SC against order which directs magistrate court to decide on charges against him

23-July-2013: Charges for culpable homicide not amounting to murder framed

30-March-2015: Salman Khan's driver was produced in court and he said he was driving the car

20-April-2015: Defense completes the final argument in the case

06-May-2015: Salman Khan was convicted in the case and awarded 5 years prison

Some of the Twitter message related to the Salman Khan case:

Exclusive picture of Salman Khan from the court. pic.twitter.com/4jhunMCfzo

What does Deepika Padukone have to say about Salman Khan’s 2002 hit-and-run case verdict? http://t.co/gcKaWoY8rK