After Kick, Sajid Nadiadwala to Shoot Parts of his Next Four Movies at Floor No 2 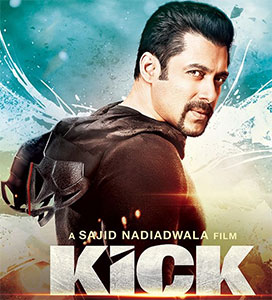 Mumbai, May 19, 2015: Producer-director Sajid Nadiadwala, currently working on multiple films, is said to have booked Floor No 2 in Mumbai's Mehboob Studio for several months.

Floor No. 2 was earlier booked for his film Kick, that went on to be a super blockbuster. The filmmaker is likely to shoot four of his next films Baaghi, Phantom, Dishoom and Tamasha on this same lucky floor.

A source from the industry, said the first film to be shot will be Tiger Shroff's Baaghi starting May 27. Rohit Dhawan's Dishoom, starring brother Varun and John Abraham, is scheduled to be shot next. This will be followed by a song picturisation featuring Saif Ali Khan and Katrina Kaif for Kabir Khan's Phantom. Imtiaz Ali's Tamasha with Ranbir Kapoor and Deepika Padukone is scheduled to take place on the same floor as well.

With a varied genre of films and a powerhouse of talented actors and directors, Nadiadwala Grandson Entertainment has a lot to offer. And likewise, the fans are eagerly waiting for another incredible cinematic experience from the production house.