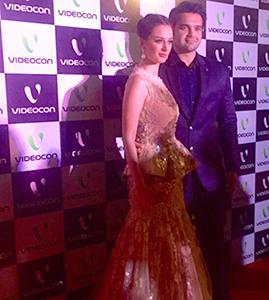 They were seen mingling with well-known names from the world of business as special guests of Mr. Venugopal Dhoot, CEO of Videocon.

The actors have been busy promoting their upcoming film with back-to-back appearances at various places including their recent visit to various cities where they interacted with their fans. The team is looking forward to the release of the film and hope their fans love it as much as they loved the trailer.