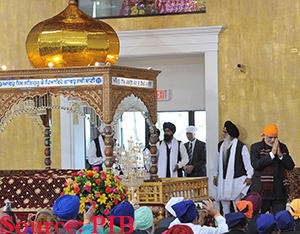 In his remarks at the Lakshmi Narayan Temple, the Prime Minister thanked the Canadian Prime Minister and the people of Canada for the warm welcome and hospitality they had accorded him. He said the Supreme Court of India had described Hinduism as a way of life. He exhorted the gathering to live life scientifically, in balance with nature, and with compassion. He said the United Nations had recently adopted June 21st as the International Day of Yoga with 177 countries co-sponsoring India's resolution. He said Yoga had great potential to help the world overcome the stress of modern life, and urged people to spread this message.