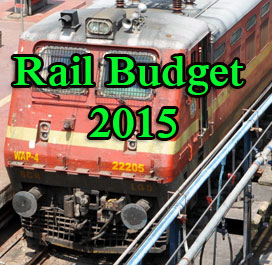 Much awaited Rail Budget 2015 was presented today by the Railway Minister Suresh Prabhu. The good news is for the passengers as there is no increase in the train fair. Although no new trains were announced, Govt. will increase the facilities in the train.

The Rail Budget 2015 speech of Railway Minister Suresh Prabhu was about 70 minutes and in his speech, he referenced the schemes like Swachch Bharat, Digital India and Make in India.

Highlights of the Rail Budget 2015: