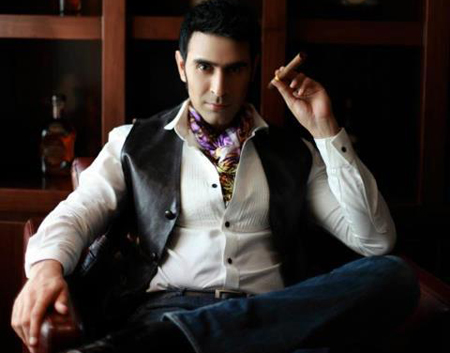 Bigg Boss every season grabs eyeballs and the excitement begins every year and it has always remained a show providing enough masala and every kind of entertainment to its viewers. People world over do wait for this show with a deep sigh. Indian reality show 'Bigg Boss season 8' will soon go on air and the names of prospective contestants are already doing the rounds.

Bollywood ace choreographer Sandip Soparrkar who was approached for the show for the forth consecutive year is not happy to be included in the list and said no to show yet again. The choreographer who is famous around the globe for his Latin and Ballroom dancing says he will not participate in such a reality show.

Sandip is currently busy judging a dance reality show "Closeup Bharat Ki Shan - Let’s Dance" on DD National, is clear in his stand. He wrote on his Facebook n twitter page "Bigg Boss Season 8.... NOOOOOO.... this is the 4th time I am saying NOOOO to this show... great show, greater money... but I can’t be away from my family for sooo long.... and also I can’t handle the mood swings of some people who come on this show.... surely not my cup of tea..."

Sandip Soparrkar and many starts like him are not ready to enter the glass walled house of Bigg Boss. The most talked about show Bigg Boss is indeed an entertaining show on Indian television. However, Over the period of time it has gained some negative publicity and image too, due to which stars like Sandip Soparrkar prefer to stay away for the show year after year.

We would say it is a good decision on part of the celebrated choreographer, we rather see him burn the dance floor with his exotic moves and creative choreographies in his films, than be seen locked up in the Bigg Boss house.