Alcohol use can put you on the way of death and disability: Study 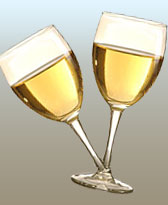 According to sources, disorders related to the abuse of alcohol contribute significantly to the burden of disease in the US, finds a new study in Alcoholism: Clinical and Experimental Research.

The research suggests which estimated that in 2005, about 53,000 men and 12,000 women died from issues related to alcohol use disorders, reports the Science Daily.

The results of the meta-analysis (a statistical analysis) were surprising, said lead author Jurgen Rehm, Ph.D., director of social and epidemiological research at the Centre for Addiction and Mental Health at the University of Toronto in Canada.

"We had done meta-analyses on alcohol use disorders before and knew it would be higher than previous literature, but we did not expect the burden for disease to be so high," added Rehm.

Alcohol use disorders contributed even more significantly to a measure of disease burden known as years lived with disability (YLD), with 1,785,000 YLD for men and 658,000 YLD for women in 2005.

Reducing burden of alcohol use disorders on society needs to have a multi-pronged approach, said Rehm, and prevention can't be regulated by health care policy makers.

Rehm further said that there need to be restrictions on the availability of alcohol. Increases in taxation or ban on advertisements are not part of health care, and this is part of the problem.