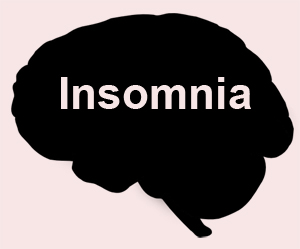 The latest research has suggested that Insomnia, which is considered to be the most common sleep disorders, is resulting for the increased risk of mortality in men. Another shocking facts have been revealed that among men experience specific symptoms of insomnia, there is a modest increase risk in death from cardiovascular-related issues.

What is insomnia: Insomnia is a sleeping disorder, which shows the lacking, and inability to fall asleep. In other words, insomnia is a symptom, which is a symptom that can accompany several sleep and medical and psychiatric disorders, which is typically followed by functional impairment while awake. There are various kinds of insomnia however three are important namely transient, acute and chronic.

In latest developments, researchers have revealed out various findings related to insomnia according to which some insomnia symptoms, the most common sleep disorder, are associated with an increased risk of mortality in men.

Author Yanping Li from Brigham and Women's Hospital (BWH) said that their research also showed that among men who experience specific symptoms of insomnia, there is a modest increase risk in death from cardiovascular-related issues.

Specifically, researchers report that difficulty falling sleep and non-restorative sleep were both associated with a higher risk of mortality, particularly mortality related to cardiovascular disease.

Researchers followed more than 23,000 men in the Health Professionals Follow-Up Study who self-reported insomnia symptoms for a period of six years.

After adjusting for lifestyle factors, age and other chronic conditions, researchers found that men who reported difficulty initiating sleep and non-restorative sleep had a 55 percent and 32 percent increased risk of CVD-related mortality over the six year follow up, respectively, when compared to men who did not report these insomnia-related symptoms.