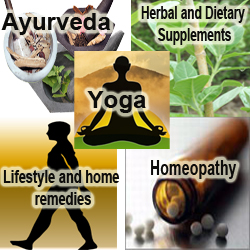 Diabetes is continuing to emerge as one of the gravest healthcare threats with millions of people being affected all over the world. Till this date the conclusive treatment of diabetes is out of reach for modern medicinal tradition, but on the other hand an array of holistic procedures and alternative treatments are showing promise to curb diabetes under control. Here we introduce some of the best known alternative treatments for diabetes.

The deadly chronic endocrine disorder called diabetes making millions of people suffer and cause enormous medical complication leading to death. Diabetes typically is a disease that requires continuous management rather than curative approach as the disease at best can be checked and cannot be permanently cured. Though total recovery from diabetic condition is still out of reach as far as the curative approach of modern medical drugs are concerned, it is now a widely acclaimed fact that alternative treatments for diabetes with the use of herbs and herbal remedies are more effective to curb diabetes over a long period of time. These alternative therapeutic and lifestyle procedures which are also called holistic treatments are without side effects and can boost the natural process of metabolism to a significant extent.

Ayurveda considers diabetes to be a disease intricately related to our metabolic disorder and as per Ayurvedic the situation can only be reversed by addressing the contributory factors effectively. The elimination of sugar from the dietary regimen, replacement of simple carbohydrates with complex ones rich with dietary fibers and finally use of herbs for boosting metabolism, these three are the principal ways that as per Ayurvedic principle can check diabetes. In many parts of the world, even across top healthcare establishments Ayurvedic treatment regimen is widely applied to treat diabetes.

Among the alternative treatments for diabetes this ancient Indian procedure involving exercises and breathing techniques is considered to have most sustainable health effect. Yogic exercises ideally boosts up the metabolism and helps the cell level glucose consumption in the body. Yoga also helps to reduce other contributing factors that play an important role in causing diabetes like, stress, overweight or obesity syndromes, poor digestion, etc.

There are a number of herbs and herbal supplements that are medically proven to be effective to curb diabetes like neem, allium satvium, phylanthus amarus, tinosfora cordifolia and many more. There are particularly some minerals that are effective in reducing the chances of diabetes or in checking diabetes under control, for instance chromium, magnesium, vanadium, nicotinamide, vitamin E, etc.

Daily lifestyle habits and home regimen consisting changes in nutrition and dieting and other lifestyle aspects are accumulatively one of the most effective ways to treat diabetes. High fiber and low calorie diet, eating habit of breaking a big meal in small snack proportions, introducing more green veggies and fruits in daily diet, more physical movements and exercise, distressed living with sound sleep, are some of the irreplaceable lifestyle remedies to curb diabetes.

Though the mechanism and healing effects of acupuncture for diabetes is still obscure to a greater portion of scientific community, it is widely used in some parts of the world as a healing technique for number of diseases including diabetes. The basic philosophy behind this ancient from of Chinese medication is to create the balance of vital energy through out the body by inserting therapeutic needles at various portions of the body.

Among the alternative treatments for diabetes homeopathy is considered to have a great patient following simply because of having no side effects and simple yet sometimes effective treatment regimen. Much in the fashion of Ayurveda homeopathic medicines take best effects when applied with directed nutritional regimen or other lifestyle changes. Phosphorous, Codenium and Syzygium are some of the common homeopathic medicines prescribed checking diabetes.