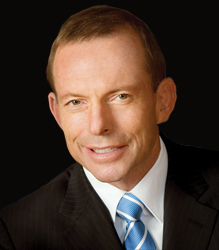 Australian Prime Minister Tony Abbott on Tuesday refused to apologize to Indonesia over a spying controversy.

Reports were leaked by Australian Broadcasting Cooperation's (ABC) in which it was stated that Australia spied on telephone conversations of the Indonesian president and other senior ministers in 2009.

Indonesia demanded that Australia apologize over claims that Australian spies targeted the mobile phone of Indonesia's President Susilo Bambang Yudhoyono, along with those of his wife and closest confidants.

Meanwhile, Indonesia has recalled its ambassador from Canberra Monday and is reviewing all cooperation with the Australian government.

Indonesian President has said that spying controversy has affected their ties with Australia.

Abbott read a statement in the Australian parliament on Tuesday to clarify the matter. He said Australia should not be expected to apologize for the steps it took to protect itself now or in the past.

"The first duty of every government is to protect the country and to advance its national interests," Abott said.

Abott said he wanted to make it "absolutely crystal clear" that Australia has "deep respect" for Indonesia.

"I regard President Yudhoyono as a good friend of Australia, indeed as one of the very best friends that we have anywhere in the world," he said in the House of Representatives.

Meanwhile, the head of ABC has defended its reporting of the Australia-Indonesia spy furore, saying the story is in public interest.

"I think it was an important story that should have been told," ABC Managing Director Mark Scott told a Senate estimates hearing in Canberra Tuesday.

"It caused some damage to Australia in the short term, but I think we would say that reporting was absolutely in the public interest and it was probably in the national interest in the long term," he added.

(with inputs from IANS)