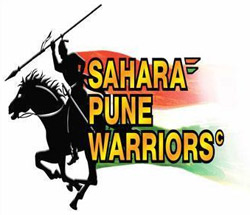 Pune warriors skipper captain Sourav Ganguly again proved that he is one of the best captains in the world. The IPL 5 saw another surprise when Pune Warriors defeated Mumbai Indians by 28-runs in a low scoring match on Friday in Mumbai.

Although warriors could not make a big total (they managed to score 129 runs only) but they defended it well. On the pitch of Wankhade that helped pacer and spinners both their bowlers did good job and restricted mighty Mumbai Indians at 101 in 20 overs.

Pune Warriors put Mumbai Indians in trouble in the initial overs and at the end of two overs the score of Harnbhajan led Mumbai was five for three. Mumbai Indians were playing without their star batsmen Sachin Tendulkar. Except Karthik and Franklin no player of the Mumbai contributed much. Mumbai Indians' captain Harbhajan Singh scored valiant 16 of balls. But despite that the Mumbai Indians lost by 28 runs.

The credit of this win of Pune Warriors goes to its ballers who did their part well. Warriors Ashok Dinda took 4 wickets by conceding 18 runs only.

In the meanwhile Pune Warriors skipper Sourav Ganguly has said that it is good to start with a win but IPL is a long tournament.