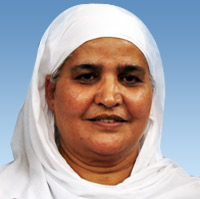 Amid the news of treating prisoner Bibi Jagir Kaur as VVIP in Kapurthala Central Jail, Punjab's Director General of Police (Prisons) Shashi Kant on Tuesday has officially ordered to an IG rank officer to conduct the probe. Bibi Jagir Kaur, former Punjab Minister and former President of Siromani Gurdwara Prabandhak Committee (SGPC), top religious Sikh body is in prison for being convicted in the case of her daughter's abduction in 2001.

Serving term of five years in Theh Kanjla Jail, Kapoorthala, Jagir Kaur is reportedly getting served as a VVIP person as a 34" LCD TV, DTH antenna, and an air conditioner have been installed in her cell. This act of Jail administration is severally criticised by opponent parties and NGOs.

Viewing the criticism, Punjab DGP (Prisons) Shashi Kant has order to conduct a high level inquiry citing that everyone is equal in the jail and also to be treated equally.

"I have ordered an inquiry and deputed an IG rank officer to conduct the probe. He will visit the jail and go into the reports (talk of VIP treatment to Kaur). I don't tolerate any nonsensical stuff and we don't want any adverse publicity. Rules will have to be followed," Kant said.