Decision making problems in old age: White matter of brain to be blamed 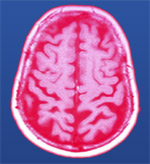 People in the dawn of their life often find it difficult to make decisions in novel situations. The ability to make decision decreases with age and is linked with a reduction in the integrity of two specific white-matter pathways that links a region in the cerebral cortex( medial prefrontal cortex) with two other regions deeper in the brain, says a new study

Previously, most brain-imaging research has focused on the grey matter. In recent times, however, neuroscientists have started studying white matter more intensively.

It is associated with the brain's processing speed and attention span, among other things, the study is first of its kind to relate white matter to learning and decision making.

"The evidence that this decline in decision-making is associated with white-matter integrity suggests that there may be effective ways to intervene," Gregory R. Samanez-Larkin, first author of the study from Vanderbilt's psychology department and Institute of Imaging Science, has been quoted as saying.

"Several studies have shown that white-matter connections can be strengthened by specific forms of cognitive training," he added.

The critical white-matter link that the study has figured out run from the thalamus, a profusely connected relay center in the brain, to the medial prefrontal cortex, a part of the brain associated with decision making, and from the medial prefrontal cortex to the ventral striatum, which is involved with the emotional and motivational part of behavior.

The study was conducted on 25 adults in the age that ranges from 21 to 85 years. The participants were asked to do a monetary learning task. The task was planned to get information which psychologists call probabilistic reward learning.

"This is a common type of decision making that we use every day.

"Whenever we try to choose the best alternative based on previous experience and are uncertain of the outcome, we are relying on probabilistic reward learning," Samanez-Larkin has been quoted as saying.

The brains of the participants were scanned using a comparatively new MRI technique called diffusion tensor imaging (DTI) on the same day.

In the past two decades, most brain imaging research has been performed using fMRI, an imaging method that registers variations in the oxygen consumption in different areas of the grey matter, which is related to variations in neuron activity levels.

Contrary to it, DTI figures out the water trapped by the myelin sheaths that covers the axons in white-matter regions and produces a signal linked to the density, diameter and amount of myelination of the axons (a combination the researchers call 'integrity').

"The protocols for DTI have improved substantially.

"In future studies we'd really like to combine fMRI and DTI to better characterize age differences in these neural circuits and examine how training might improve both structure and function," Samanez-Larkin has been quoted as saying.

The Journal of Neuroscience has published this study.