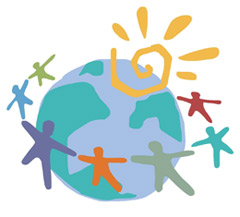 World Autism Awareness Day is being observed every year since September 19, 1989 but United Nations General Assembly formally declared 2 April as World Autism Awareness Day (A/RES/62/139) year since 2008. The day is observed with an objective to create awareness about autism among the people and help the children and adults suffering from the disorder to live a meaningful life ahead.

In addition to that, there is a web site "World Autism Awareness Day" that is aimed to provide materials and suggestions on how to participate in WAAD. Moreover, the website also shows the list of current activities that are conducted by different countries and organizations to observe WAAD.

Several countries have joined hand for this purpose with India joining the list last year. During this day the famous buildings of world including the Empire State building in New York, the Opera House in Sydney, the Christ the Redeemer Statue in Rio de Janeiro will be lit up in blue to observe World Autism Awareness Day.

Some facts about Autism

Autism, a pervasive developmental disorder (PDD), is an incurable and complex neurobiological disorder that affects the communication, behavior and social relationships of the patient. The disorder is known to affects 1 in 110 people. Autism is most common in the child that can be observed in a child of 3 years old and last throughout life. The most common symptoms that can help you to detect the disorder are:

In addition to that, there are many other signs and symptoms that can be observed in a child with autism.

Though, the exact cause of autism is still unknown but some of the possible reasons can be including genetics certain types of infections, and problems occurring at birth.